Taking a closer look at the Colts’ 2022 draft class

INDIANAPOLIS (WISH) — The Indianapolis Colts made eight selections in rounds two through seven of the 2022 NFL draft.

General manager Chris Ballard traded twice on Friday night to double the number of original picks. The Colts took offensive players three times in a row, and followed it up by adding depth on the defensive line and the secondary.

The Colts’ second-round selection is a 6-3 receiver out of Cincinnati who appeared in 45 games for the Bearcats, finishing 15th in school history in career receiving yards.

In 2021, Pierce played in all 14 games and led the team in receiving with 52 receptions for 884 yards and eight touchdowns. He averaged a depth of target of 17.5 yards in his college career. In high school, he also played volleyball and basketball and ran track.

“We think he’s got a chance to really ascend. Just put on the Notre Dame game. I mean he played about as well as you could play against a top-five college football team,” Ballard said. “I think he can do both. I think he can play both inside and outside. He’s tough, he blocks. He was a really good special teams player early in his career. The one thing you notice about (Alec) Pierce is he gets behind people. I mean this kid can really, really run and really adjust to the football.”

Pierce says he is excited to play with a veteran quarterback like Matt Ryan.

“He’s a guy that I grew up watching a lot. The Falcons, I loved watching Julio Jones as a kid, so that was really awesome to watch Matt Ryan with him, and hopefully, I can be like a new Julio for him.”

What does the 21 year old hope to learn from his new Colts wide receiver coach, Reggie Wayne?

“Just trying to soak in everything, learn how to become a great wide receiver like he was, and play for that long and be that successful for that long in a career,” Pierce said.

He graduated with a degree in mechanical engineering in 3.5 years from Cincinnati.

Pierce wasn’t the only Luke Fickell product added to the roster; his former Cincinnati teammate Curtis Brooks was also drafted by the Colts.

Brooks was singing the praises of his fellow Bearcat, saying about Pierce: “First off, he’s a freaky athletic — one of the most athletic receivers I’ve ever seen. Really top of the line jump ball receiver. I think that’s what makes him the best receiver in the draft.”

At 6 feet, 7 inches tall and 253 pounds, Jelani Woods was selected in the third round by the Colts.

In 2021, Woods competed in 11 games where he registered 44 receptions for 598 yards and eight touchdowns.  He ranked fourth in the country in touchdown receptions among tight ends in 2021.

The Virginia tight end actually began his college football career at Oklahoma State as a quarterback, but made the transition after redshirting in 2017.

At Cedar Grove High School in Georgia, he was ranked as the No. 20 dual-threat quarterback prospect by Rivals.

During his senior season, he led Cedar Grove to its first state championship and a 13-2 overall record after he threw for 2,316 yards and 26 touchdowns. They defeated current Houston Texans quarterback Davis Mills and Greater Atlanta Christian in the title game. He also received Division I offers in basketball before choosing football.

At No. 77, the Colts selected a potential replacement at left tackle out of Central Michigan University.

Bernhard Raimann is listed at 6 feet, 6 inxches tall and 303 pounds. He made the transition from tight end to left tackle after his 2019 season, making 18 starts at left tackle and 11 starts at tight end for the Chippewas.

Raimann only played one season of high school football at Delton Kellogg High School in Michigan as an exchange student during his junior year.  He returned to his home in Steinbrunn, Austria, where after high school graduation, he had to complete a six-month military service obligation in Austria and officially grayshirted the 2017 season at CMU.

Raimann was introduced to football at age fourteen.

“It all happened pretty randomly, to be honest. I grew up playing soccer and then other sports, but one day when I was 13 years old, I saw some guys down the road playing catch with a football down by my dad’s house. I ended up joining them and I had just a ton of fun just rolling around with them, tackling, throwing the ball. So, on my 14th birthday, there was a tryout for the Vienna Vikings, a club American football team in Vienna. I ended up trying out, worked out, and just went from there.”

Raimann says he’s thrilled to have the opportunity to play next to Quenton Nelson.

“That’s a once-in-a-lifetime opportunity. His nastiness, his ability to finish, is something that I look forward to in my game as well. Obviously, Quenton Nelson is one of the best guards in the game. I’ve been watching him. So, getting the chance to practice with him, learn from him and getting to work with him every single day is a huge opportunity for me and I’m just looking forward to every single day.”

Maryland safety Nick Cross came off the board at No. 96.  Ballard traded into the third round to grab the Terrapins leader in interceptions and forced fumbles.

Cross described his Friday draft night: “It was a roller coaster of emotions, I would say, standing there, waiting for your phone to ring. Once I got the phone call, it was a lot of joy and a lot of relief knowing that the hard work paid off. I’m grateful to Mr. Irsay, Coach Reich, and Mr. Ballard for giving me the opportunity to represent this team. The Colts have a history of great players. Reggie Wayne, Peyton Manning, Dallas Clark, Bob Sanders — guys who I grew up watching. It’s an honor and a privilege to be part of this organization.”

Cross also competed on the indoor track team at Maryland and he plays the saxophone.

What does he believe he brings to the table for the Horseshoe’s defense?

“I bring high energy. I fly around and make plays. I’m physical on the back end and I’m able to come downhill and make solid tackles. I’m someone who can play the middle of the field and intercept the ball. Make sure no one makes any big plays down the field. I want to be someone who can take the ball away and cause havoc for the offense.”

Cross’ father, Michael, emigrated from Jamaica and his mother, Anna Awah-Cross, is from Trinidad and Tobago.

Draft pick No. 159 is a Chris Ballard specialty — another FCS Standout gets an invite to Indy.

Eric Johnson of Missouri State University is a fifth round pick. At 6 feet, five inches tall and 300 pounds, he’s the first MSU Bears player to hear his name called since 2011.

“I know me and my dad, we always talk about personas,” Johnson explained. “You know, playing the game, when you’re going out there, what do you want to play like? Like a creature, like an animal. That’s just kind of how it came about.”

What should fans in Indy know about his game?

Ogletree was a football and basketball standout at Northridge High School in Ohio and began his collegiate career at DIII University of Findlay, also in Ohio.

“I thought I was going to be drafted around sixth, seventh round, something like that. Once I saw the Colts took a tight end, I was like, ‘Oh man.’ I was bummed out because they’re only an hour-and-a-half away from my hometown, so it would have been a great experience to play over there. Then, I received a call, and I was just in there with my family, and I couldn’t be more blessed,” Ogletree said.

Brooks says he loves the Colts’ defensive scheme and believes he will be a good fit after a breakout season with the Bearcats last year.

The Colts’ seventh-round selection adds some youth at cornerback with Rodney Thomas II out of Yale University, the first Bulldog to be drafted since 2018.

Thomas played in 33 games at linebacker and defensive back in four seasons at Yale, compiling 134 tackles (95 solo), 8.0 tackles for loss, 1.0 sack, 21 passes defensed and six interceptions. In 2021, he was a first team All-Ivy League selection. 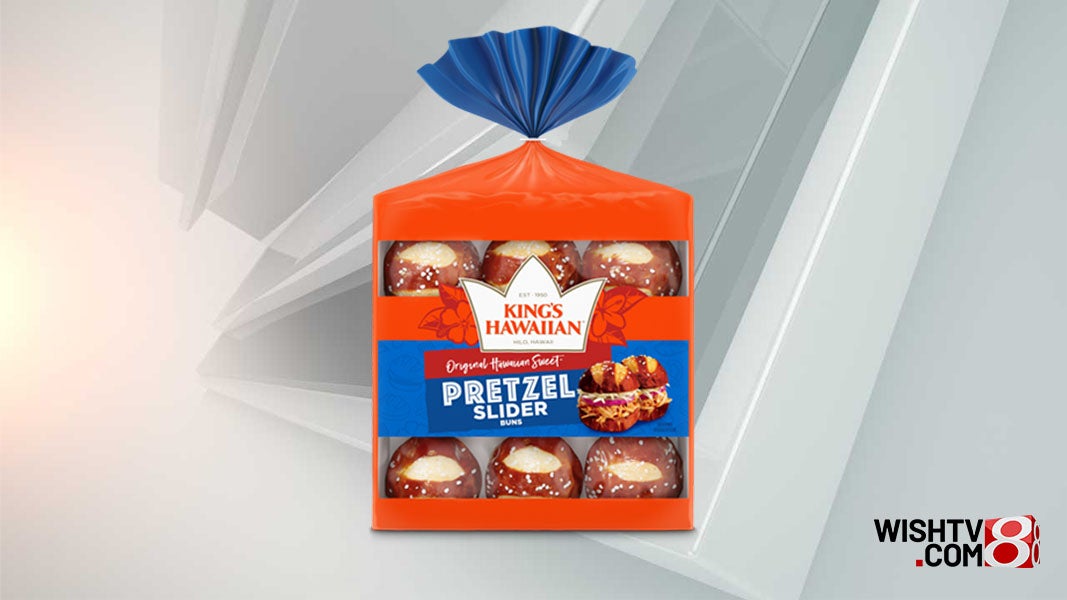