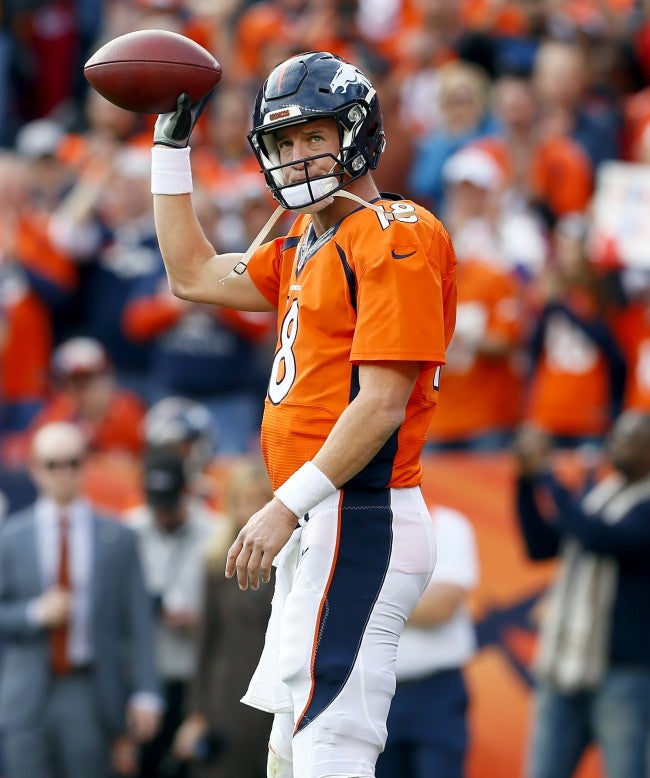 DENVER (AP) – Peyton Manning broke Brett Favre’s NFL record for most career passing yards Sunday but not before he was intercepted, sacked and fumbled in the opening minutes.

Manning entered the day with 71,836 yards through the air, 2 shy of Favre’s record and tied with Favre with 186 victories.

On first down of Denver’s second drive, Manning was sacked by Jaye Howard for a 2-yard loss and fumbled. Hillman recovered.