1 dead, several injured in I-70 crash in Morgan County 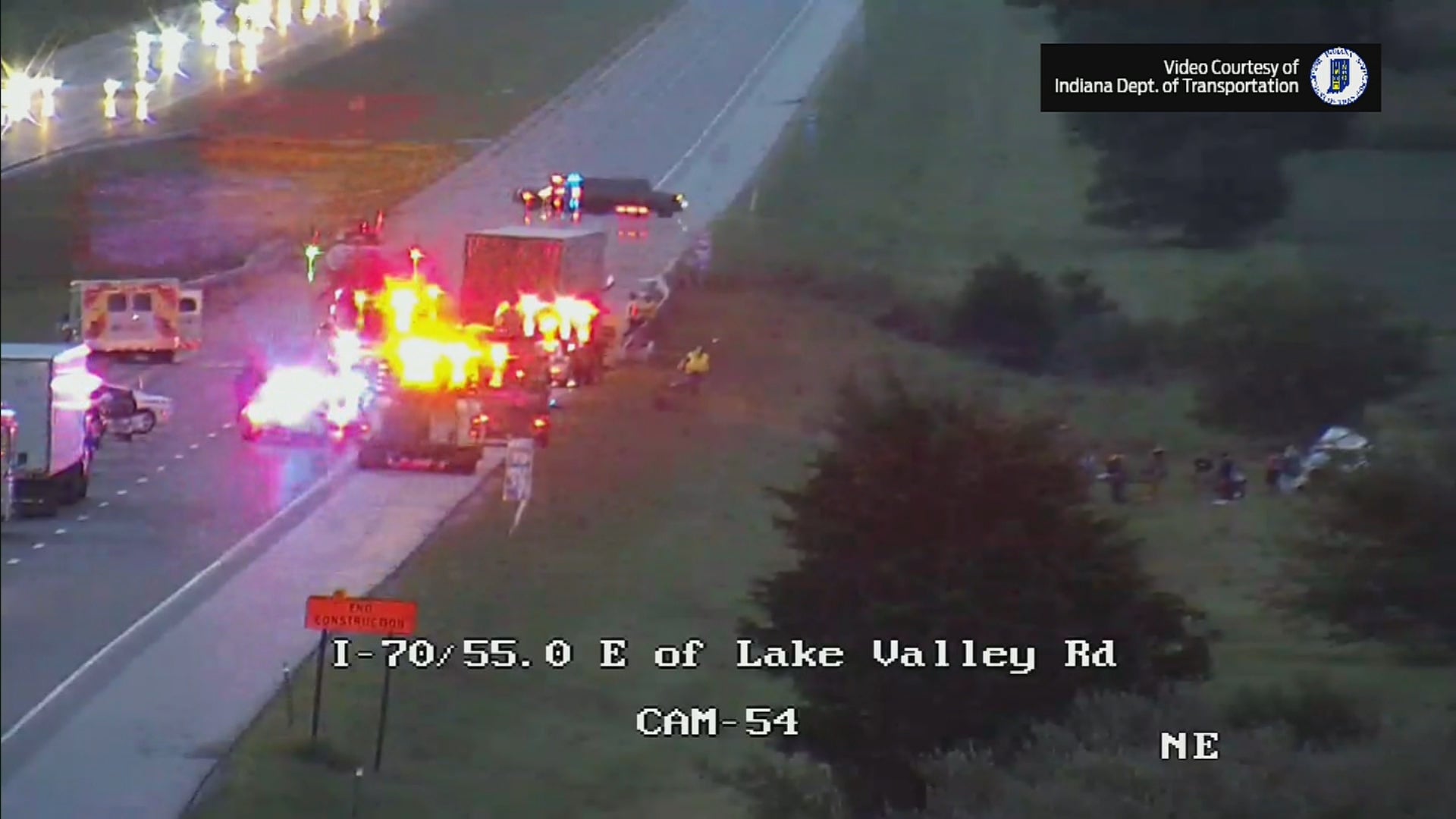 MONROVIA, Ind. (WISH) — A minivan driver is dead and four family members were injured Friday night in a crash involving their vehicle and a semitractor-trailer and on eastbound Interstate 70 in Morgan County, state police said.

Early investigations showed a van was eastbound on I-70 near mile marker 55 when the driver ailed to avoid a slow moving or nearly stopped semi. The driver then swerved to the right, striking the back of the semi’s trailer.

The driver of the van, 43-year-old Shane Oakley, was pronounced dead on the scene.

One of hte passengers who was injured was in critical condition, police said, while the other passengers of the vehicle, Oakley’s wife and daughters, were taken to the hospital with minor injuries.

Two occupants of the semitractor were unhurt.

According to Indiana State Police Sgt. Joe Watts, the crash happened near the 55 mile marker, about 10 miles southwest of Plainfield.

The victims are all believed to be from outside of Indiana, Watts said.