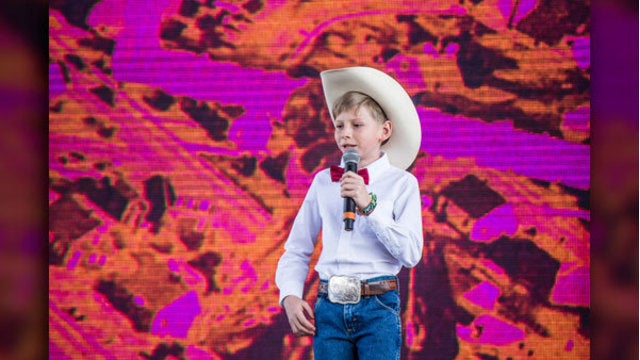 NASHVILLE, Tenn. (AP) – – An 11-year-old boy whose yodeling at an Illinois Walmart started a wave of attention has signed a record deal.

Ramsey says in a news release he “can’t wait for everyone to hear” the song.

Videos of him singing Hank Williams’ version of “Lovesick Blues” in late March at a Walmart in Harrisburg, Illinois, earned millions of views on Youtube. It earned him a performance earlier this month at Coachella at the Grand Ole Opry in Nashville.