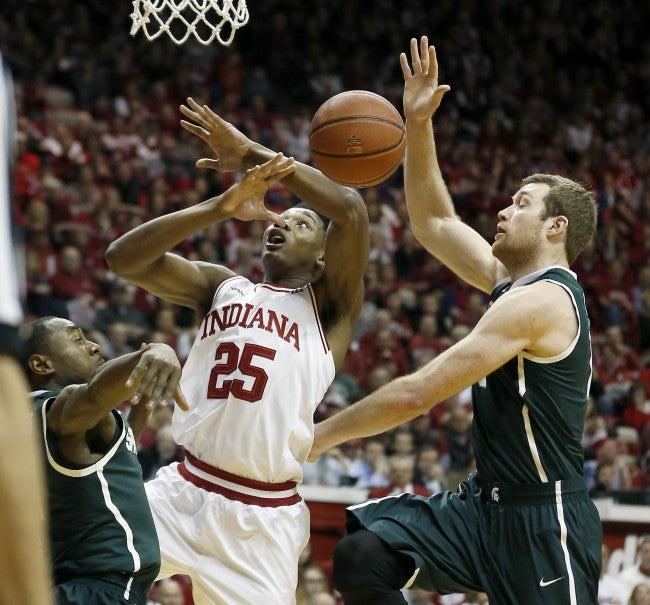 BLOOMINGTON, Ind. (WISH) – Indiana University confirmed on Monday that two basketball players were cited on the preliminary charges for the illegal possession of alcohol on Friday morning.

Excise officers cited the two after uniformed officers allegedly observed each of them in possession of a bottle of vodka while they were seated in a parked vehicle.

The university released the following statement:

We are aware that men’s basketball players Emmitt Holt and Thomas Bryant were each cited Friday for underage possession of alcohol.  We take this matter very seriously and are continuing to gather information.

This is not Holt’s first brush with law enforcement. In November, Holt hit teammate Devin Davis with a car. Holt was not cited in that accident, which resulted in Davis’ hospitalization with a brain injury.

According to the police report, Holt said he had driven Davis to a parking lot at the football stadium.

Holt told police that when he started to drive away, Davis “jumped” in front of the car. Police cited “pedestrian’s action” as the primary cause and said both players had been drinking.