2 teens die, 6 other people hurt in crash on US 35 in Cass County 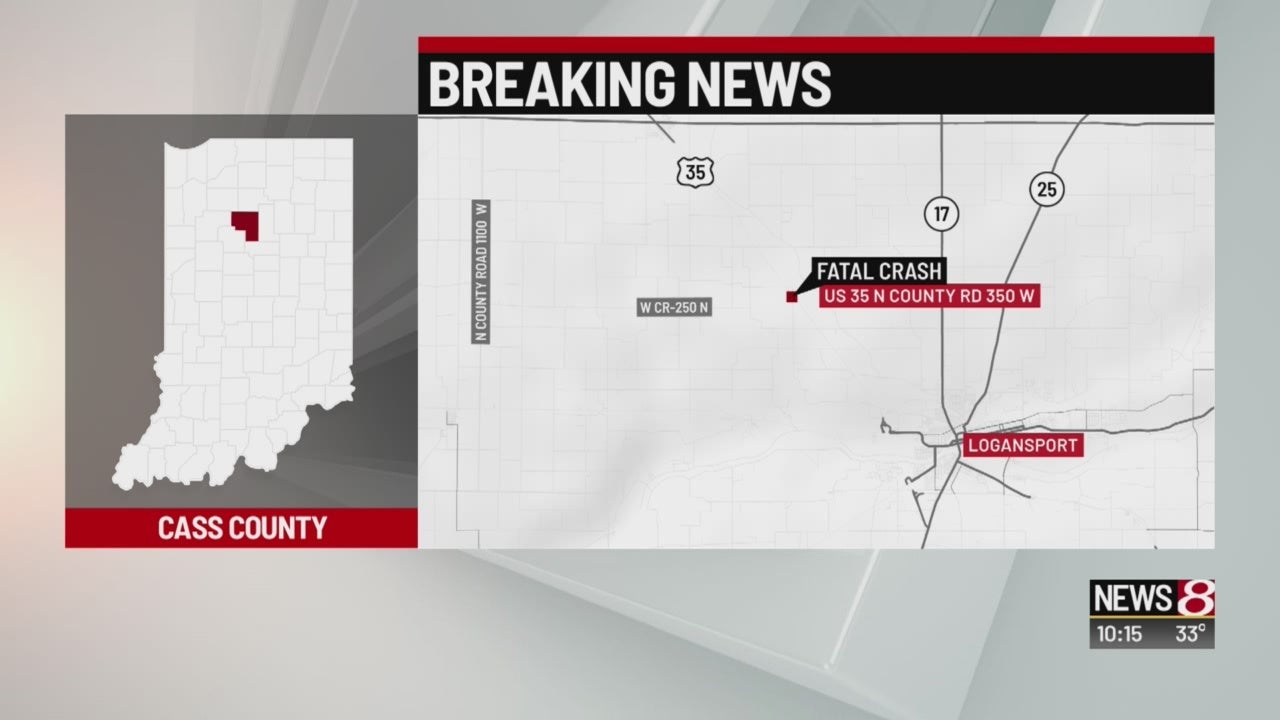 ROYAL CENTER, Ind. (WISH) – Two teenagers died and six other people were hurt in a Friday night crash of a semitractor-trailer and two cars in Cass County, the sheriff said.

The sheriff said he did not know when the crash occurred, but the Logansport Pharos Tribune sent a tweet about 6:30 p.m. to avoid the area of U.S. 35 at North County Road 350 West. That’s about 5 miles northwest of Logansport.

Sheriff Randy Pryor said a car was traveling in the northbound lane of U.S. 35 when an animal, perhaps a dog, ran into the road. The semi behind that car struck it and then swerved into the southbound lane and hit a southbound car nearly head-on.

The two teenagers were ejected from the back seat of the southbound car when it crashed in a field. The sheriff said he did not know the genders of the teens, and said he is not releasing information Friday night about whether they are local residents.

The sheriff said the southbound car had a total of five people in it; the other three were taken to Logansport Memorial Hospital to be treated for injuries. The northbound car had three people inside it, and they were also taken to the same hospital for treatment of their injuries.

The driver of the semi was not injured.

The crash is about 40 miles northwest of Indianapolis.