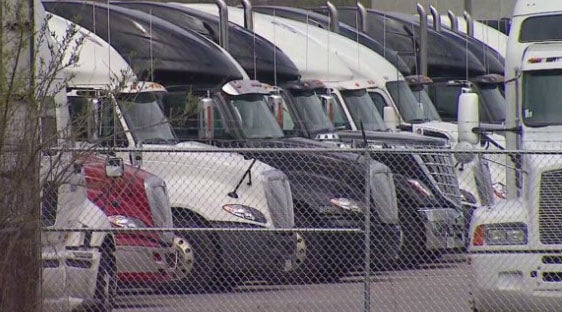 The security and fraud scheme, once revealed, resulted in a one-day drop of stock value of approximately $62.3 million, Minkler said.

Meek and Peavler, who are both from Indianapolis, could face decades in prison if convicted, Minkler said.

The U.S. attorney said the corporate officers doctored their books to hide that the company’s value dropped by tens of millions of dollars in 2015 and 2016.

The former executives also were accused of hiding documents and declining to hand over documents requested by accountants.

In addition, the U.S. attorney said, the executives sought a $25 million loan to falsely pay down a debt but never revealed the loan to lenders, and paid back the loan at a cost of $27 million days later and went deeper into debt.

In April, a reorganized Celadon Group Inc. agreed to pay $42.2 million to settle fraud claims after filing false financial statements and lying to auditors in efforts to hide losses of its aging trucking fleet.

Also in April, Danny Williams, 36, of New Palestine, Indiana, the former head of a Celadon subsidiary, pled guilty to conspiracy to commit securities fraud, make false statements to a public company’s accountants, and falsify books, records, and accounts of a public company.

Federal authorities commonly withhold images of people who are accused of crimes.