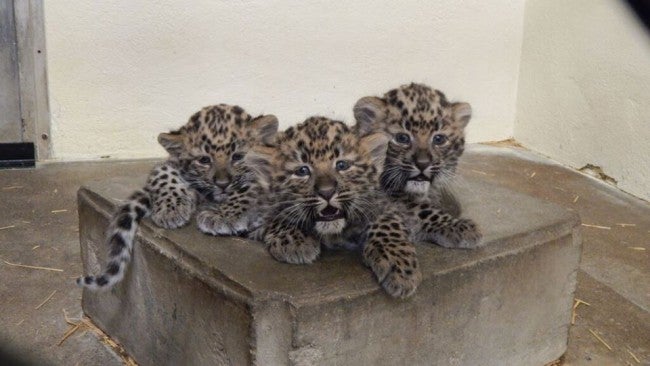 SOUTH BEND, Ind. (AP) – A trio of rare leopard cubs has been born at a zoo in northern Indiana as part of an effort to help save the animal.

The Potawatomi Zoo in South Bend announced Wednesday the births of the Amur leopard cubs to parents Pearl and Sergei. They were born March 20 and got a clean bill of health May 14.

The leopards are found in the wild in Russia. They are at the South Bend zoo as part of a Species Survival Plan by the Association of Zoos and Aquariums. Potawatomi Zoo executive director Marcy Dean says the cubs are the only ones born in North America this year.

The International Union for Conservation of Nature considers the Amur leopard to be critically endangered. Dean says around 70 of the leopards remain in the wild.