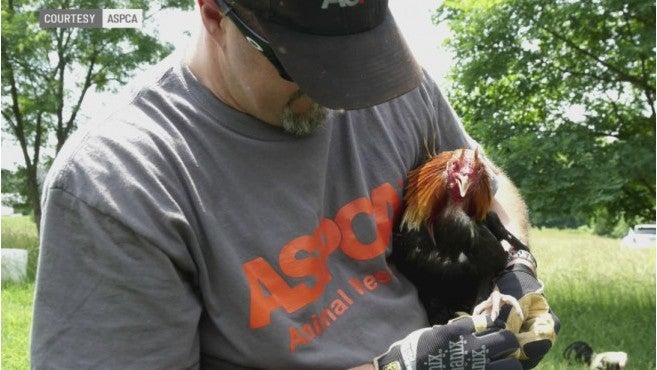 The American Society for the Prevention of Cruelty to Animals said it helped the Indiana Gaming Commission rescue nearly 600 animals from two properties.

The organization said it removed 10 dogs and more than 550 birds allegedly connected to animal fighting. The ASPCA said the dogs were found tied to heavy chains while roosters were found with physical alterations associated with cockfighting.

There was no word on any arrests.

The animals have been taken to undisclosed locations.