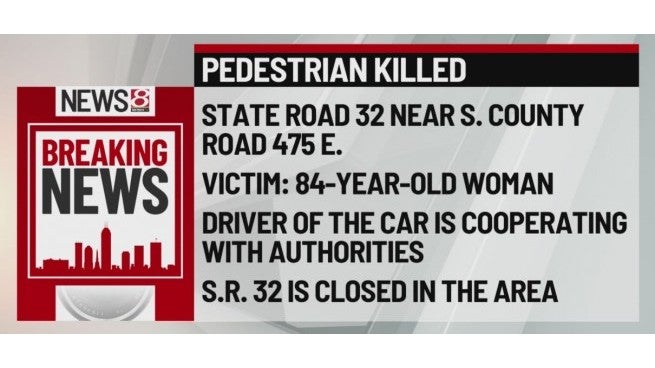 SELMA, Ind. (WISH) – An 84-year-old woman who was walking on State Road 32 was struck by a vehicle and killed Tuesday night, Delaware County Sheriff’s Office said.

A deputy coroner identified the woman as Mary Alice Evans.

Deputy Joe Krupa said police were sent about 8 p.m. to the fatality on the state highway near South County Road 475 East. That’s east of Muncie near the town of Selma.

The highway remained closed while police investigated the crash.

The driver of the vehicle that hit the woman was cooperating with authorities. Drugs nor alcohol were suspected to have contributed to the crash.