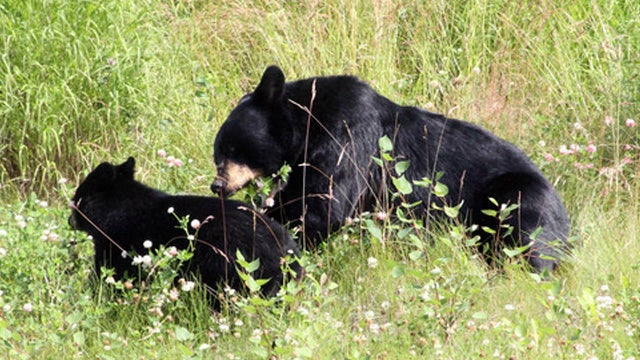 ANCHORAGE, Alaska (AP) — A father and son skied to a remote bear den on an Alaska island, shot a mother bear in front of her two cubs and then one of them turned his rifle on the shrieking newborns, killing them, authorities said Wednesday.

The men didn’t know that the black bears were part of an observation program and the slaughter was caught on video by a motion-activated camera outside the den.

Andrew Renner, 41, and son Owen Renner, 18, have been charged with multiple counts, including the illegal killing of a bear and both cubs in the April incident.

Under state law, it’s illegal to kill black bear cubs or sows with cubs in most of Alaska, including where the shooting occurred.

Online court records don’t list attorneys for the men from Palmer, a city near Anchorage, and a message left at a number listed for an Andrew Renner in Palmer wasn’t immediately returned Wednesday.

The video camera that captured the shooting was placed on Esther Island in Prince William Sound as part of a bear study by the U.S. Forest Service and the Alaska Department of Fish and Game.

“Owen Renner shoulders a rifle and fires as least two shots at the bear. Cubs begin shrieking in the den after the initial shots are fired,” the documents say. “The defendants listen for several minutes and eventually realize that it is not the dead sow, but the orphaned cubs, making the sounds.

“The defendants then move closer to the den where Andrew Renner takes aim through his rifle scope only feet away and fires several more shots, killing the newborn bear cubs,” according to the court papers.

The camera then catches the elder Renner saying, “It doesn’t matter. Bear down.”

The father and son then drag the mother bear from the den and realize it has a Fish and Game collar.

“Undeterred, Andrew Renner states, ‘I’m gonna get rid of these guys’ while tossing the cubs’ limp carcasses onto the snow outside the den,'” the documents say.

In another video clip, the younger Renner says, ‘We got the collar off,” the court papers say. “Andrew Renner says, ‘We’re gonna skin it that way,'” and points away from the den. Owen Renner agrees, saying, ‘They’ll never be able to link it to us.’ They proceed to butcher the sow and place it in game bags, then ski away.”

Subsequent video shows the Renners returning two days later. They retrieve the collar and talk about disposing of the cubs.

“I gotta go in the den and make sure there aren’t any little parts,” one of them says about the cubs.

They pick up the shell casings, place the cubs’ bodies in a bag and ski away.

Andrew Renner took a black bear sow to a state wildlife office on April 30, claiming he and his son had killed it near Granite Bay in Prince William Sound on April 14.

Troopers interviewed Renner, who said he skinned the bear and brought the collar in. He said he had no knowledge of the sow having cubs and no cubs were in the area.

Authorities say Renner also falsified documentation about killing the animal when it was his son who did so and failed to note the number of bears illegally killed.