Attacked woman: ‘I thought I was gonna die’ 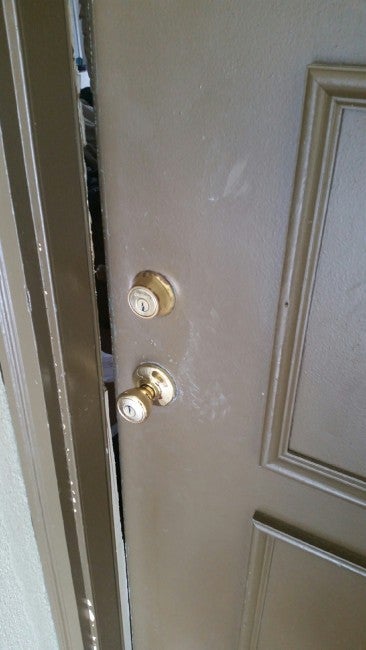 INDIANAPOLIS (WISH) — A northwest side Indianapolis woman is lucky to be alive after not one, but two terrifying incidents in as many days.

Monday afternoon 19-year-old Marisol Cruz’s home was broken into while she was there. Tuesday morning she was carjacked at gunpoint and forced to drive to a nearby ATM.

Tuesday was supposed to be Cruz’s first day back at work after being home sick for two weeks. Her fiance had started her car to warm it up, locking its doors before he left.

“When I went to leave I didn’t check my car; I just got into my vehicle and there was somebody laying down in my back – the back of my car,” she told 24-Hours News 8.

According to Cruz, the man pointed a gun at her and forced her to drive to an ATM — all while threatening to kill her if she attempted to get help. After she withdrew money he made her drive back to the apartment complex and took off running. Cruz said she didn’t attempt to talk to the man at any point.

“I just wanted him to leave me alone. I just wanted him to take the money and just go away,” she said. “I didn’t want to get hurt. I just – I wasn’t even you know trying to acknowledge somebody like that because at that point I felt that there was nothing I could do.”

It was the same feeling Cruz had less than 24 hours before, when someone kicked in her front door while she was home alone. Cruz was in the shower when she heard a noise. At first she thought it might be her neighbor but then got the feeling she wasn’t alone.

“So then when I went to check there was somebody inside my home trying to take my stuff and they were trying to take the TV – trying to untangle it. And when I asked what they were doing they just took off and ran,” Cruz said. “I thought I was gonna die. I didn’t know if they were going to come back with somebody else or if there were multiple people inside my apartment so I just shut the door and I got dressed and I called for help.”

Cruz said she couldn’t sleep Monday night fearing someone might come back to kill her and is now seriously considering buying a gun.

“It isn’t fair – the people that go to work and people that try to live decent ya’ know – this happens to them. It’s just not fair,” she said. “This is not – it’s not going to happen to me again.”

According to police, the suspects in the two incidents might be the same person. As for Cruz and her fiance, they already had plans to move in March but, unfortunately, won’t be able to move that date up and now can only hope nothing else happens in the meantime.