ATV crash in White County sends two to the hospital 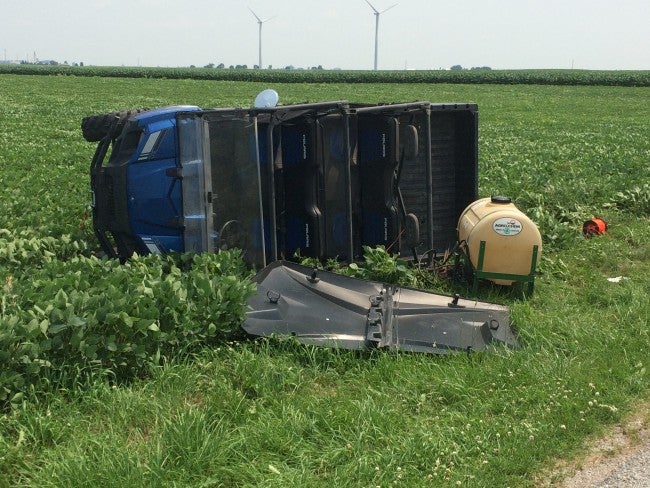 The ATV rollover happened just north of State Road 18 on South 1100 West around 1:30 p.m. Indiana Department of Natural Resources conservation officers said 15-year-old Kathryn Turchi, of West Lafayette, Ind., was operating an ATV with 400 pounds of liquid fertilizer in the bed. Another teen, 15-year-old Nicole McGrath, also of West Lafayette, was riding in the passenger seat.

DNR officers said Turchi did a U-turn in the roadway. But upon straightening out, the ATV rolled over into a field along the roadway.

Authorities said McGrath was thrown from the off-road vehicle. The girls were conscious when police arrived. They were taken to IU Health Arnett in Lafayette and are being treated for possible internal injuries.

Investigators believe the 400-pound load of liquid fertilizer contributed to the rollover.

The case remain under investigation. DNR said it’s unclear whether or not the teens were wearing seat belts.

Indiana conservation officers would like to remind anyone operating or riding on an off-road vehicle to wear a helmet and other protective equipment.