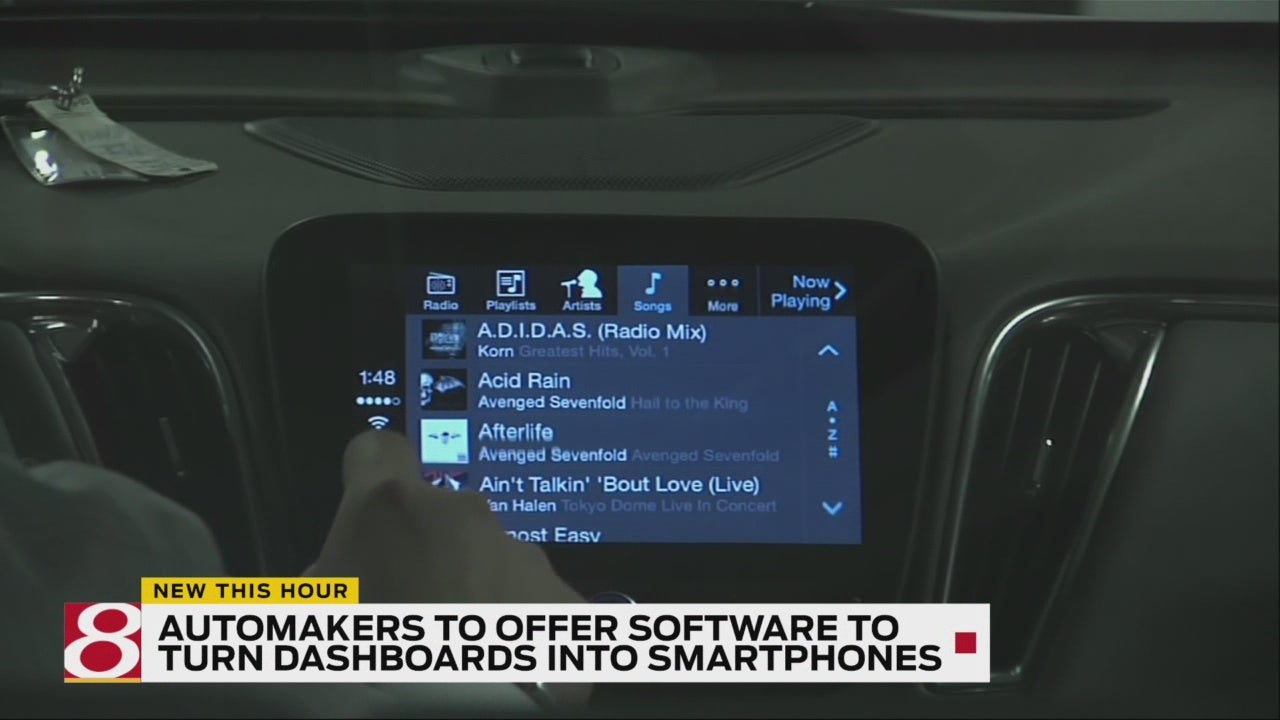 DETROIT (WISH) – Almost every major automaker will soon offer drivers a way to turn their dashboards into smartphones.  General Motors made the biggest move Wednesday by announcing a summer rollout.

General motors executives say as much as people are glued to cell phones these days the new interactive dashboard will encourage drivers to put the phone down and focus more on the road.  Also, experts say drivers prefer how their smartphones work over automakers own touch screens.

Once users plug their device into the car’s USB port the dashboard interface will mimic their smartphone.  Users basically can then use the dashboard as their cell phone including making and receiving calls and texts, asking for games scores and opening navigation.  Nearly all of the interaction can be done by voice command.

“What we are trying to do here is give them another option so that they will be encouraged to put the phone away and really concentrate on driving,” said Ray Wacek, General Motors.

Most major automakers will begin offering Apple CarPlay and Google’s Android Auto by the end of the year.

GM says it will have both systems in seven 2016 Chevrolet models by this summer and seven more Chevy models will rollout this summer with just the apple system.

Hyundai announced it will have the Android system in its Sonata midsize car.

GM says apps will be limited to reduce distractions and video will not be supported.

To get the systems GM customers need to buy a new Chevy that has the “My-Link” touch screens.

To work with MyLink, Android phones must have at least the Lollipop 5.0 operating system, while Apple CarPlay requires an iPhone 5 or newer model.

GM will provide CarPlay or Android Auto for no additional cost.