Baby from Afghanistan fighting for his life at Riley Hospital 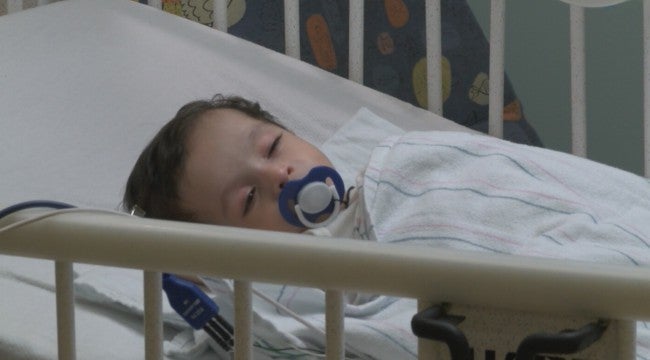 INDIANAPOLIS (WISH) — Nima Akbarian is fighting for his life at Riley Hospital for Children at IU Health.

The 7-month-old has a rare medical condition that makes it hard for him to swallow and digest food properly. For now, they are feeding him through a tube.

Before a team of surgeons map out a plan to operate on his throat and lungs, doctors say their first concern is the little boy’s weight. Nima weighs 11 pounds and doctors want him to weigh closer to 18.

His family has been sponsored by the Rotary Club of Brownsburg, the same group that sponsored another Afghan boy that was treated at Riley a decade ago. He passed away after returning to his homeland.

“His condition is not good right now but doctors here are doing their best to save his life. We have many problems in Afganistan. It would have been impossible to get Nima the help he really needed. I am not paying a dime for treatment, this means so much to our family. Words cannot express our gratitude,” said Nima’s dad, Zarif Akbarian.

Doctors at Riley Hospital for Children at IU Health say they are confident they can help save the little boy’s life. He is expected to be in the United States for at least six weeks.