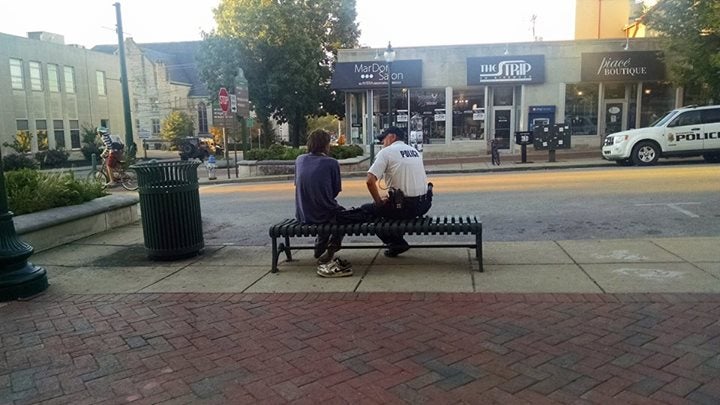 BLOOMINGTON, Ind. (WISH) – An officer came to a homeless man’s aid after he lost his shoes, according to the Bloomington Police Department’s Facebook page.

BPD Officer Jeff Alwine found the man along Kirkwood and stopped to talk to the man who appeared to be in “crisis” because of losing his shoes. Officer Alwine helped the man find his shoes and reconnect him with his treatment provider and family.

Officer Alwine is part of BPD’s special police unit called BPD Downtown Resource Officers. The officers focuses their efforts on the homeless, unemployed or those just in need of a helping hand.

24-Hour News 8 spoke with department about the program earlier this month. They say the department was getting complaints about panhandling and other issues. So it designated six officers to curbing those crimes, but more importantly giving those in need the help necessary to turn their lives around.

According to BPD, these officer work closely with social service agencies, medical facilities and mental health treatment providers to connect those in need with services that can provide it.

The departments said all it takes is “the willingness and ability to communicate. Patience and caring are also critical attributes of the position.”