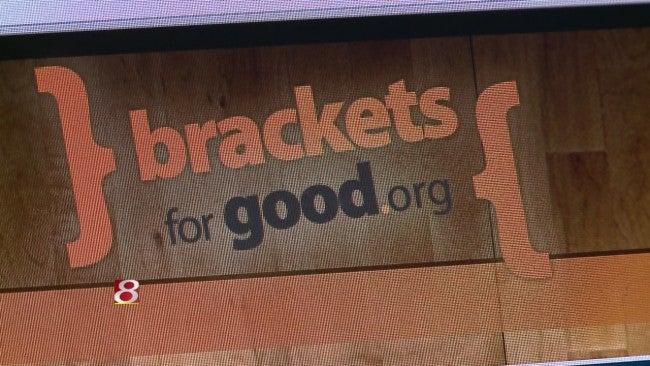 INDIANAPOLIS (WISH) – Sixty-four local non-profits need your help as they navigate through their own version of March Madness. It’s through a tournament called “Brackets For Good.”

People can make a donation online to the non-profit of their choice. Those who raise the most each week advance to the next round. Each time they win, they get a monetary prize that increases with each round.

The winner of the tournament takes home $10,000. But reaching that point is no slam dunk, just ask the people at the Shepherd Community Center.

The organization focuses on helping families. Parents get assistance through social services. Children get to spend time in after school programs, staying out of trouble and getting some tutoring along the way.

“We really focus on the near east side of Indianapolis,” said Andrew Green, Chief Program Officer.

Shepherd won Brackets for Good two years ago. But dreams of a repeat were quickly crushed – when they got knocked out in the first round a year later.

“We learned last year that’s important to get everyone on board right up front so we’ll do our best to have that happen this year,” he said.

That’s why drawing up a plan is important. The Catch the Stars Foundation, an organization co-founded by Indiana Fever star Tamika Catchings, is participating in the tournament for the first time.

“We are catered to boys and girls ages 7-16 and we focus on goal setting programs centered on fitness, literacy, and mentoring,” said Catchings.

But at Tuesday’s meeting, it’s all about strategy. Board members were coming up with ideas on how to drum up donations through social media tactics and partnerships.

“When I think of competing I think of on the court playing basketball, but in a sense this is another way to compete from the non-profit sector,” she said. “I’m really kind of looking forward to us getting out there raising money, getting the opportunity to talk about our foundation, getting more people aware of what we’re doing.”

Of course, Catch the Stars and Shepherd want to come out on top. But both groups say simply getting the chance to participate is already a win.

“Knowing that every single dollar that’s raised is going to an organization that’s doing great things in the community, and that’s what it’s all about,” said Catchings.

The tournament begins Friday, Feb. 27 and runs through April 3. People can donate as much as they want to any of the 64 participants. If a non-profit gets knocked out, it still gets to keep the money it raised. When each new round begins, the advancing non-profits’ donation total comes back down to zero.

Two-hundred organizations registered for this year’s tournament. In Bracket for Good’s first year, it raised a total of $32,000 with a field of eight organizations.