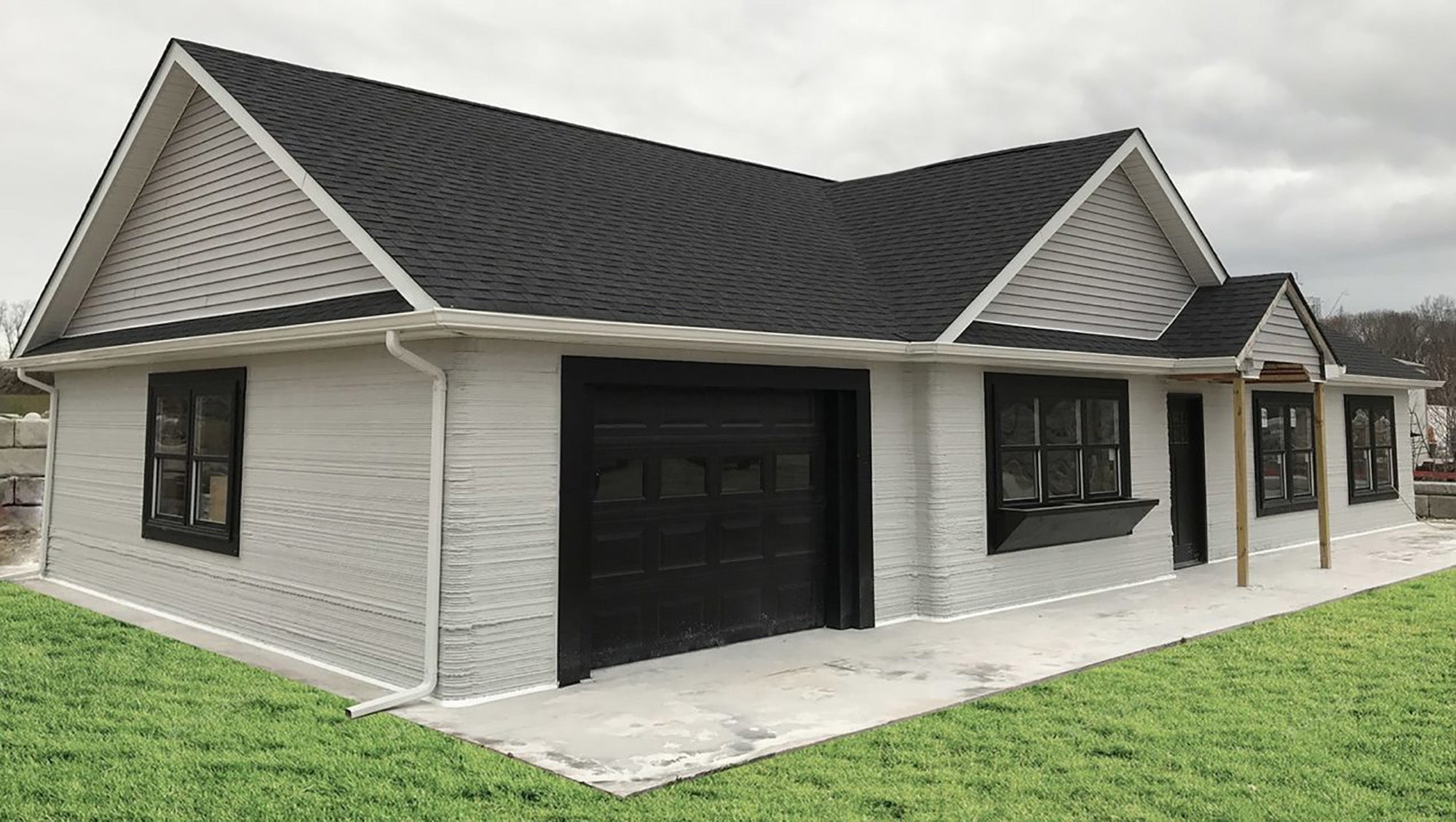 (CNN) — You’ve probably heard of face masks and even hands made with 3-D printing, but the technology has expanded over the past few decades.

Now, a company says, it has listed the first house created from a 3-D printer in the United States for sale. The Riverhead, New York, home is listed online through Zillow with an asking price of $299,999.

“This is the future, there is no doubt about it,” says Kirk Andersen, the director of operations at SQ4D Inc.

“What we want to do is print homes fast, and cheap and strong,” Andersen said.

The company can set up its Autonomous Robotic Construction System at a build site in six to eight hours. It then lays concrete layer by layer, creating footing, the foundation of a house and the interior and exterior walls of the structure.

Houses made with 3-D printing could also end up having a radical effect on the wallets of potential buyers in America.

“The cost of construction is 50% cheaper than the cost of comparable newly-constructed homes in Riverhead, New York, and 10 times faster,” said Stephen King, the Zillow Premier agent who has the 3-D house listing.

The 3-D-printed house will include 1,407 square feet of living space and will be built with concrete. The home has three bedrooms, two baths and a 2.5-car detached garage.

“I want people to not be afraid of automation…. It is just a different tool and different method. But it’s still the same product; we are still building a house at the end of the day,” Anderson says.

An open house, held for the 3-D home on Saturday, featured the company’s already-built demo home.

Anderson and King say the Riverhead home is the first 3-D-printed home to receive a certificate of occupancy in the United States. That wasn’t easy because of strict local building codes, they said.

“We did it in one of the hardest places and there’s a beauty in that because that means we can eventually do it anywhere,” Anderson said.

“We can make things more affordable and safer. We can use the technology to tackle homelessness, and aid in disaster relief in an eco-friendly way,” Anderson said.