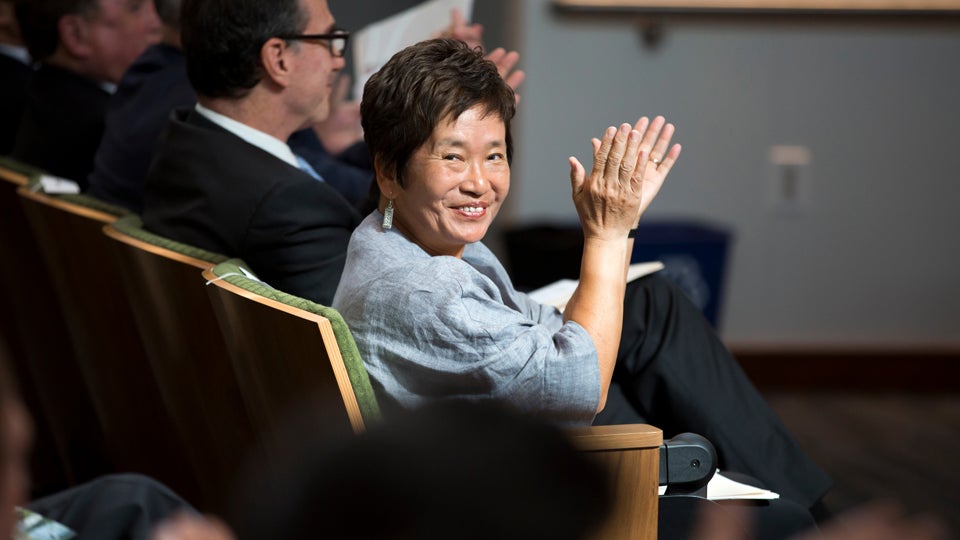 BLOOMINGTON, Ind. (Inside INdiana Business) – The Indiana University Hamilton Lugar School of Global and International Studies and its Institute for Korean Studies have received $1.6 million from the Korea Foundation and IU alumni Young-Jin Kim and William (Won-Suk) Joo. IU says the gift will endow a professorship in Korean studies.

The professorship will be established in the Hamilton Lugar School’s Department of East Asian Languages and Cultures.

“Indiana University continues to strengthen its position as a leader among U.S. colleges and universities in fostering greater understanding of and appreciation for contemporary Korea, one of the world’s most technologically advanced and digitally connected countries, and one of our nation’s most important strategic and economic partners,” said IU President Michael McRobbie. “With this extraordinarily generous support — from two of our most accomplished Korean alumni — IU is poised to further its multidisciplinary research and scholarship about Korea that will benefit IU students who are learning about the most important global issues that confront the world today, as well as leading scholars and institutions all around the world.”

The university says their previous gifts, which total more than $1.5 million, helped establish the Korea Foundation Chair in Korean Studies as well as launch the Institute for Korean Studies.

“We are pleased to cooperate with Indiana University and alumni Young-Jin Kim and William (Won-Suk) Joo to endow a professorship in Korean Studies,” Korea Foundation President Lee Geun said. “Since 1997, IU has been one of the most prominent and industrious partners in building an extensive infrastructure of Korean studies in the U.S. This endowment will bring further diversity to Korean studies research, helping IU to continue promoting an in-depth understanding of Korea, as well as fostering future experts who will bring a fresh perspective to the field.”

IU says the Hamilton Lugar School has 344 students enrolled in Korean language, which is a 400% increase from 10 years ago.