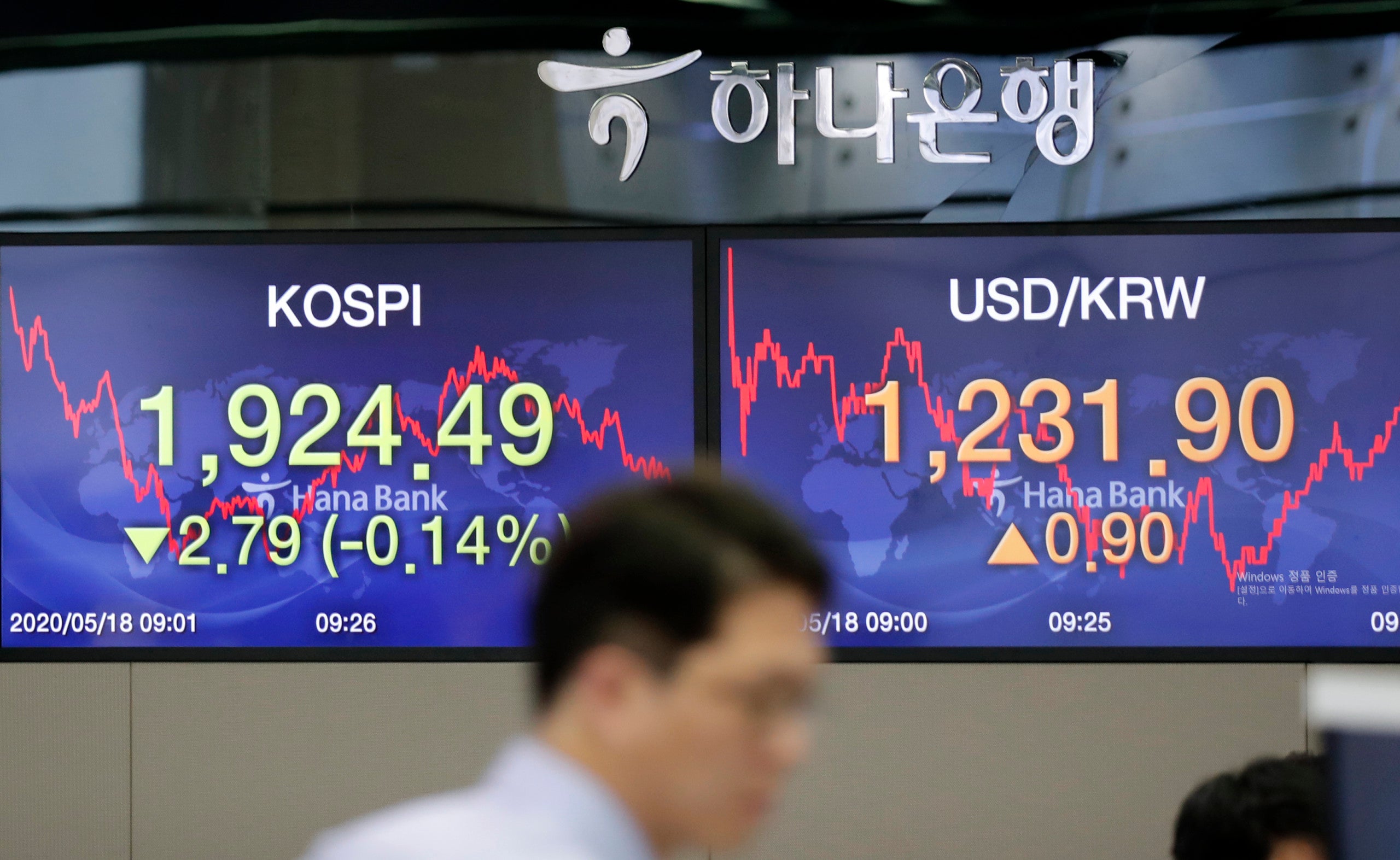 A currency trader walks near the screens showing the Korea Composite Stock Price Index (KOSPI), left, and the foreign exchange rate between U.S. dollar and South Korean won at the foreign exchange dealing room in Seoul, South Korea, Monday, May 18, 2020. Asian stock markets rose Monday after the chief U.S. central banker expressed optimism the the American economy might start to recover this year from the coronavirus pandemic. (AP Photo/Lee Jin-man)
by: Associated Press
Posted: May 18, 2020 / 10:49 AM EST / Updated: May 18, 2020 / 10:49 AM EST

NEW YORK (AP) — Stocks are opening higher on Wall Street, extending a global rally as the U.S. market bounces back from its worst week in two months. The S&P 500 rose 2.5% in the first few minutes of trading Monday. Investors were enouraged to see that European countries were taking more steps to lift lockdowns put in place to contain the coronavirus outbreak. Over the weekend Federal Reserve Chair Jerome Powell expressed optimism that the U.S. economy could begin to recover in the second half of the year. Once the outbreak has been contained, he said, the economy should be able to rebound “substantially.”

Global stock markets and U.S. futures rebounded Monday from losses last week after the head of the U.S. Federal Reserve expressed optimism that the American economy might start to recover this year from the coronavirus pandemic.

That came despite Japan’s announcement that its economy contracted in the first quarter and the Trump administration’s decision to step up a technology conflict with Beijing by tightening restrictions on Chinese tech giant Huawei.

Investors appear to be looking past the outbreak to a recovery despite rising infection numbers in the United States, Brazil and some other countries. Forecasters warn the latest market buoyancy might be premature and a return to normal could be some way off.

On Wall Street, futures for the S&P 500 index and the Dow industrials were up 1.6% and 1.7%, respectively. On Friday, U.S. stocks turned in their biggest weekly loss in nearly two months.

Federal Reserve Chair Jerome Powell expressed optimism Sunday the U.S. economy can begin to rebound in the second half, assuming the coronavirus doesn’t erupt in a second wave. He said a full recovery won’t likely be possible before the arrival of a vaccine.

That appeared to encourage investors who are looking for signs of when global economies might return to normal.

In an interview with CBS’s “60 Minutes,” Powell said the U.S. economy was fundamentally healthy before the virus forced widespread business shutdowns and tens of millions of layoffs. Once the outbreak has been contained, he said, the economy should be able to rebound “substantially.”

The U.S. downturn was the result of an external event instead of problems such as the financial instabilities that led to the 2008 crisis, which may mean “we can get back to a healthy economy fairly quickly,” Powell said.

Powell and Treasury Secretary Steven Mnuchin are due to appear Thursday before a Senate panel to report on recovery efforts.

“Expect policymakers to strike a more cautious tone, emphasizing that we are not out of the woods yet and that there will be more stimulus in the offing,” Stephen Innes of AxiCorp said in a report.

Meanwhile, Japan’s government reported Monday the world’s third-largest economy contracted by 0.9% in the three months ending in March compared with the previous quarter.

That “sharp fall” suggests there is “much worse to come” in the current quarter, Tom Learmouth of Capital Economics said in a report.

The White House added to trade uncertainty by tightening restrictions on Huawei Technologies Ltd. American officials say Huawei, one of the biggest makers of smartphones and network equipment, is a security risk, which the company denies.

Washington said non-U.S. companies that make processor chips for Huawei must obtain permission to use American technology, a move that threatens to disrupt sales. Huawei warned earlier that additional U.S. sanctions on the company might trigger Chinese government retaliation against American enterprises. 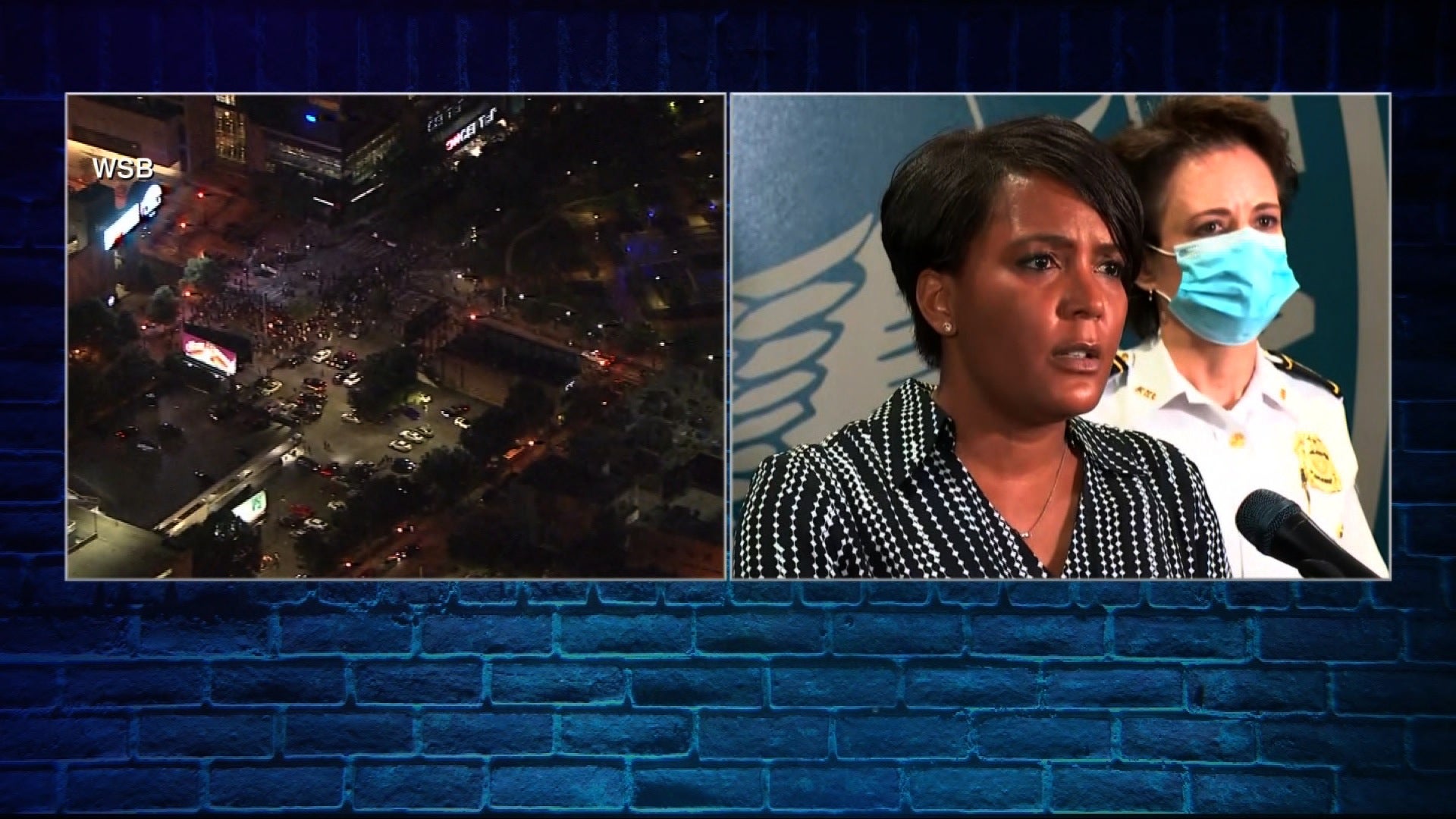 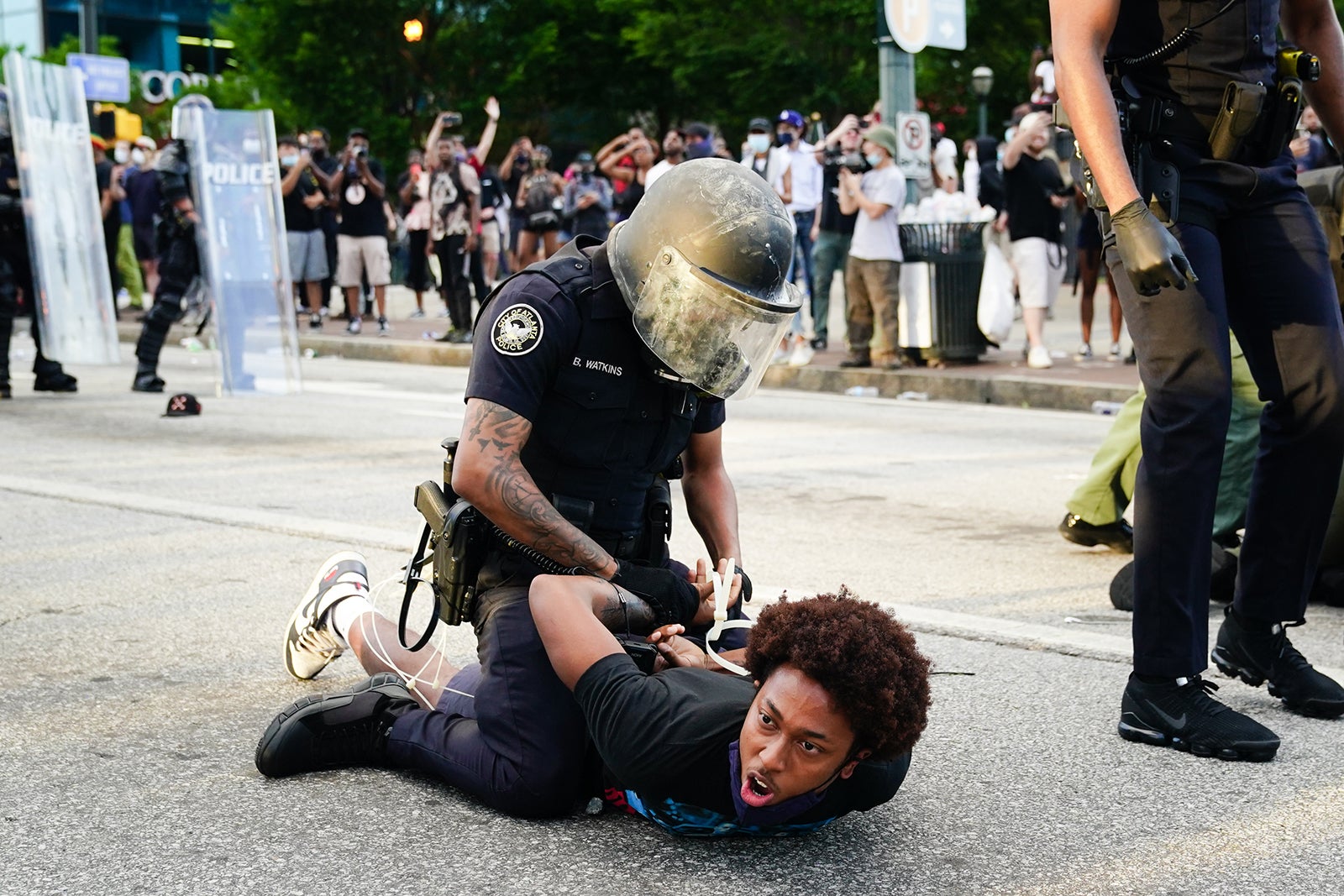