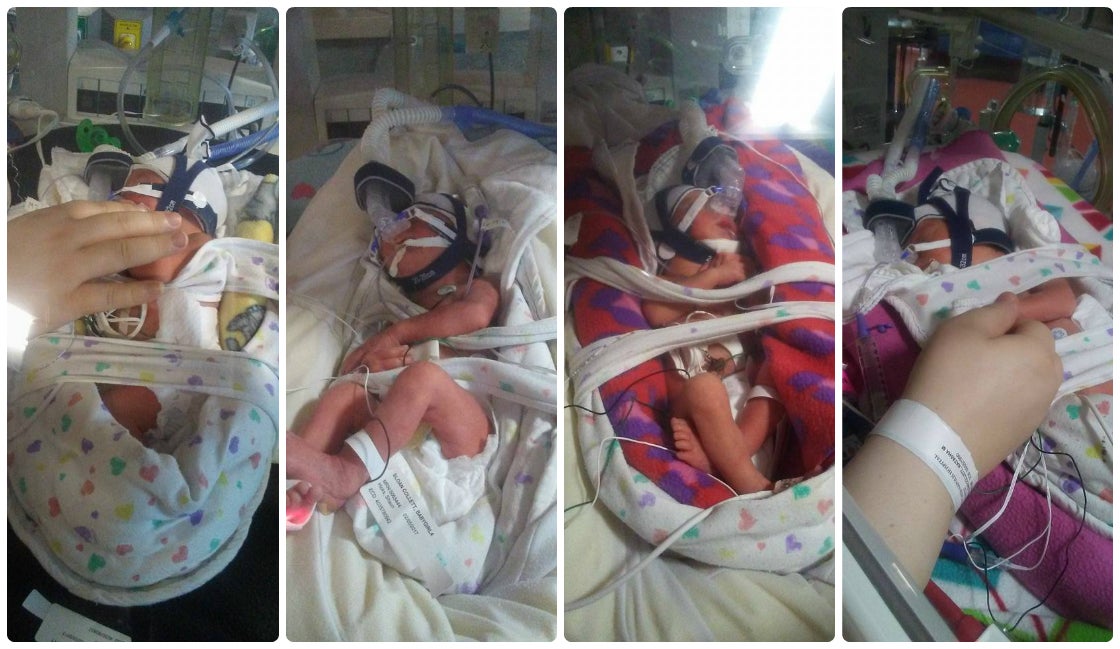 INDIANAPOLIS (WISH) — A Mooresville mother gave birth this week to four babies. The happy parents tell 24-Hour News 8 the quadruplets are an answered prayer after years of struggling with infertility.

The MOST (Mothers of Super Twins) organization estimates the likelihood of quadruplets is less than one in every half-million births, so for a couple who thought pregnancy was impossible after five years of trying, they are feeling quite lucky.

“We had really high hopes that we were going to have twins, but we didn’t expect two sets of twins,” father Miles Collett said.

Twins run in Natasha Collett’s family and intuition told her to expect triplets after she found out she was pregnant, but it wasn’t until her first ultrasound that she found out four babies were growing inside of her.

“God gave us the ability to create these little miracle things. It’s just such a blessing,” Natasha said.

“It’s just this feeling that nothing in the world could touch it compared to it. Especially for trying as long as we had, and I’ve always wanted children. I love kids. And I have my own now and just knowing that they’re mine and they’re not going anywhere,” Natasha said.

The first born and largest of the four is the only boy, Liam.

“I heard his cry, like, it’s something you can only imagine. I mean you think cry how big can that be? It can be huge,” Natasha said.

“Just one after another and it’s like a little song that plays over in my head and it won’t go away,” Natasha said.

The babies range from nearly three pounds to just under four pounds, which is not too bad for just 32 weeks gestation.

“It all hit me there that these are my four babies now,” Miles said.

Now these parents, who have two adopted sons already, want their story to be a source of hope for others struggling with infertility.

“I just know within that five year period of really trying, how much it can tear you apart and your loved one. Just keep that faith. Even if it’s not meant for you to carry a child, there’s always adoption. I can tell you from having kids in our home, it’s a different feeling, but it can definitely fill your heart just as much,” Natasha said.

The Collett’s did undergo three rounds of Intrauterine insemination or IUI to increase their chances of getting pregnant. Doctors say that can also increase your chance of multiples, but in this case they believe Natasha may have been pregnant before that third procedure or may have conceived the four babies at different times.

The babies will stay at St. Vincent Women’s Hospital in Indianapolis in the NICU at least until their due date, which was April 7.

There is a Go Fund Me page set up for this family to help with the costs of their little quad squad.