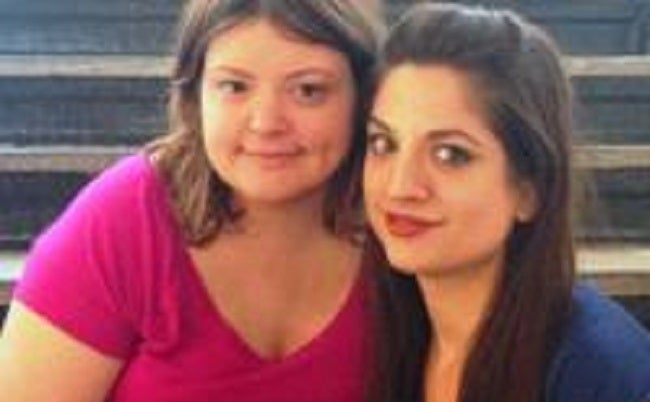 NEW YORK CITY (WPRI) – A Rhode Island woman has reportedly reunited with the two daughters she put up for adoption 35 years ago, after the two sisters met through a remarkable coincidence in a college classroom.

According to CBS News, Lizzie Valverde and Katy Olson both signed up for a writing course at Columbia University in 2013. They had no idea they were long lost sisters, until Lizzie began introducing herself to the class.

“The professor had asked us, like what in our life was stranger than fiction or what drew us to writing nonfiction. And so, then Lizzie mentioned she was adopted,” Olson told CBS News. “She said a couple of details that I knew matched up with things that I knew about my biological sister. She said that she was from New Jersey, she said that she had a child.”

“And then that followed with the rapid fire of like more detailed personal questions like were you adopted in Tampa, Florida? Was your mom named Leslie? I was like whoa, whoa, whoa,” Valverde told CBS News. “The room kind of just froze and I just said ‘is this real life?'”

“If you didn’t believe in a higher power before you hear this story, you absolutely have to believe in one now because it’s basically a miracle,” Parker told CBS News.

Parker says she was a troubled teenager when she gave the girls up for adoption at birth.

“I wanted to give them the best possible future they could have and it wouldn’t have been with me. As sad as it is to give up your own children, I felt that’s the best that I could give them, to let them go so they had a chance.”

According to CBS News, Katy met her biological mother for the first time on Sunday. Monday, Lizzie was set to graduate from Columbia University with both her mother and sister in attendance.