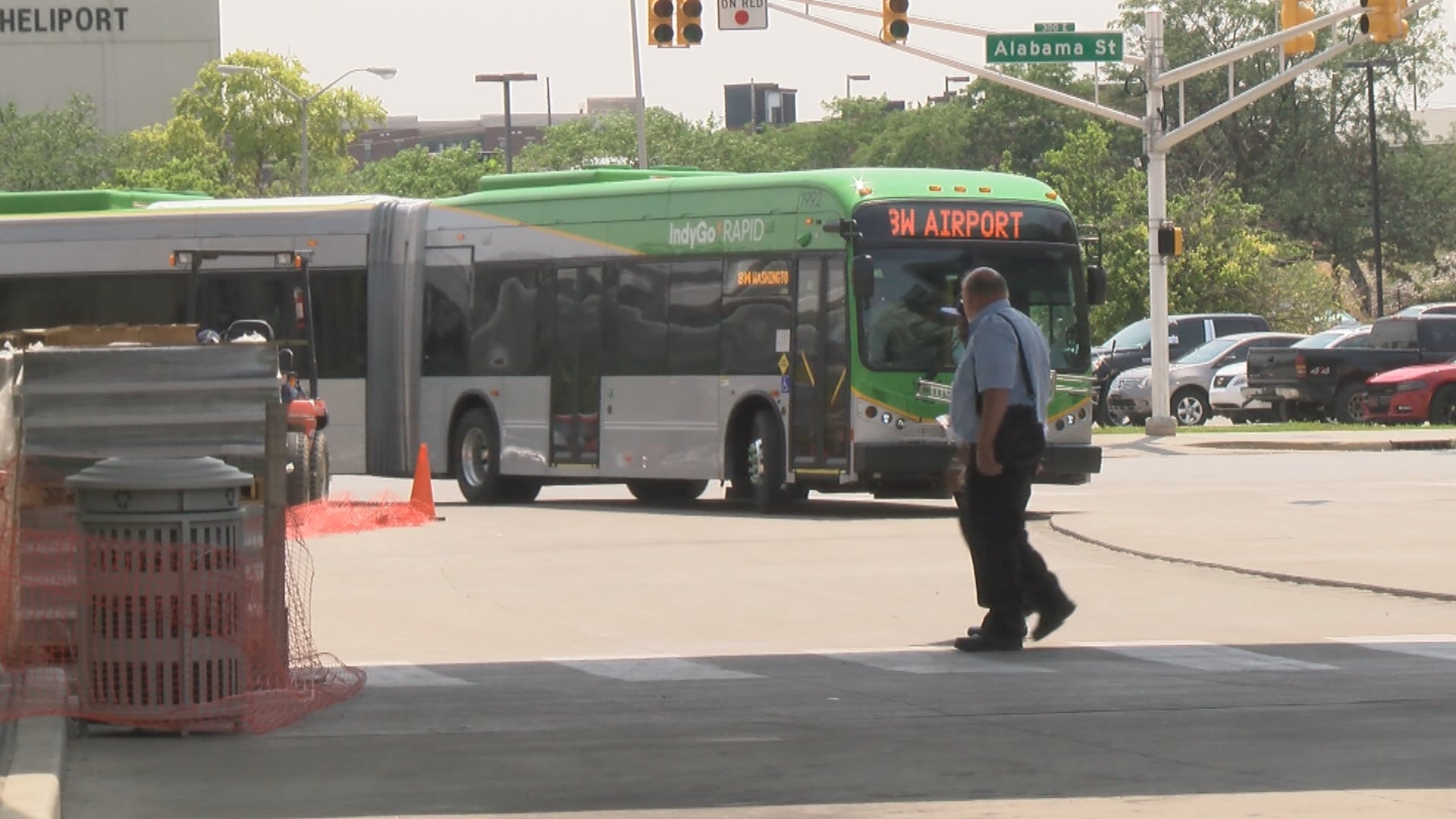 INDIANAPOLIS (WISH) — Construction timelines for two bus rapid transit lines have been delayed by at least a year each, according to a mid-year projects update from IndyGo.

The Purple and Blue lines are the second and third IndyGo bus rapid transit routes in development as part of the Marion County Transit Plan.

The Red Line, which connects University of Indianapolis to Broad Ripple, is set to open for use on Sept. 1.

Construction on the Purple Line, which will run north on Meridian Street from the downtown transit center to 38th Street, then east to Post Road and north to Lawrence, was scheduled to start in late 2019 or early 2020, with service beginning in late 2021, according to a presentation made at a May 21 public meeting.

That construction on the Purple Line is now expected to begin in 2021, according to a Monday news release from IndyGo.

Construction on the Blue Line, which will connect the Indianapolis International Airport to Cumberland over 24 miles and 38 stations, was scheduled to begin in late 2020, with service starting in fall 2022, according to a presentation made at a May 20 public meeting.

Justin Stuehrenberg, vice president of planning and capital services at IndyGo, attributed the changes to Blue Line construction to other construction projects, including the North Split and Interstate 69.

“With our Purple Line construction schedule and the recent announcement that the North Split and Interstate 69 will be happening in 2021 and 2022, we see a need to revise the Blue Line timeline and relieve pressure on commuters and the available contractors,” said Stuehrenberg.

According to INDOT, construction of Section 6 of the I-69 expansion project, from Indianapolis to Evansville, will begin in early 2020.

A final design decision on the North Split will be made in early 2020 and a date for initial construction has not been announced, according to INDOT’s North Split website.