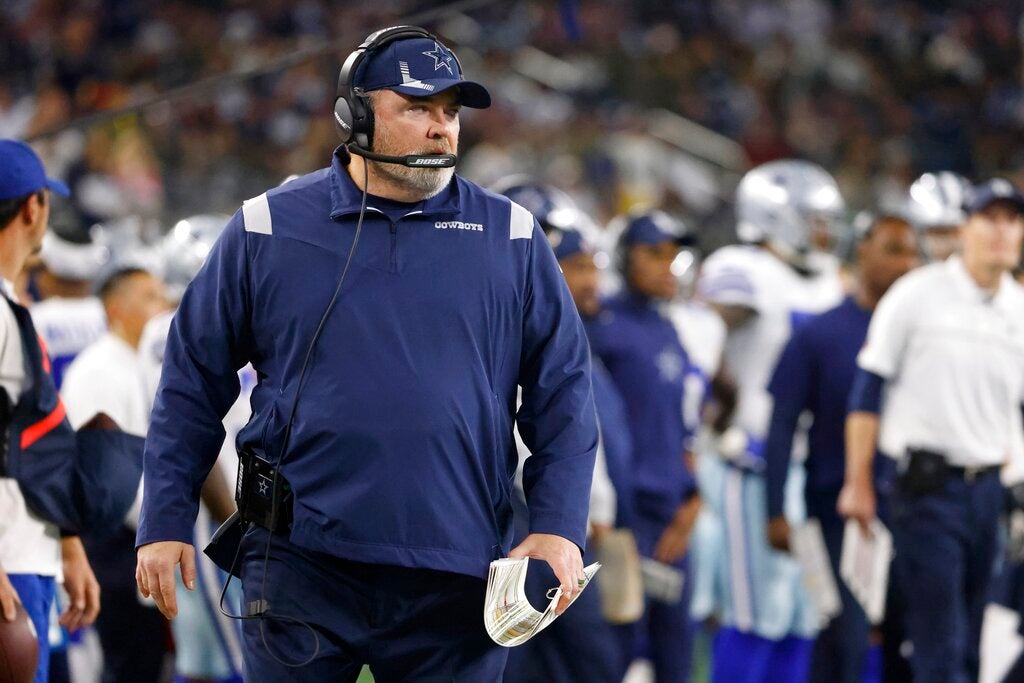 (AP) – Dallas Cowboys coach Mike McCarthy has entered COVID-19 protocols and won’t be on the sideline for Thursday night’s game in New Orleans.

McCarthy will be involved in all meetings virtually and will direct game preparations, the team said Monday. McCarthy is the sixth Dallas coach or staff member to be sidelined for the game against the Saints.

A virtual news conference scheduled for Monday morning with McCarthy was canceled. The team is conducting meetings virtually while holding in-person practices. There was no immediate word who would serve as interim coach on the sideline in New Orleans.

The Cowboys had a COVID-19 outbreak in the preseason and early part of the regular season. There was a lull for about a month before cases ticked up again, starting with kicker Greg Zuerlein in early November.

Right tackle Terence Steele won’t play against the Saints after testing positive for COVID-19. Offensive line coach Joe Philbin and his assistant, Jeff Blasko, are out along with offensive assistant Scott Tolzien.

Two members of the strength and conditioning staff won’t make the trip: coordinator Harold Nash Jr. and assistant Kendall Smith. Another assistant, Cedric Smith, is expected to be cleared to return.