‘Look at my family. Use my story’: Rep.-elect Julia Letlow urges Republicans to get vaccine after husband’s death 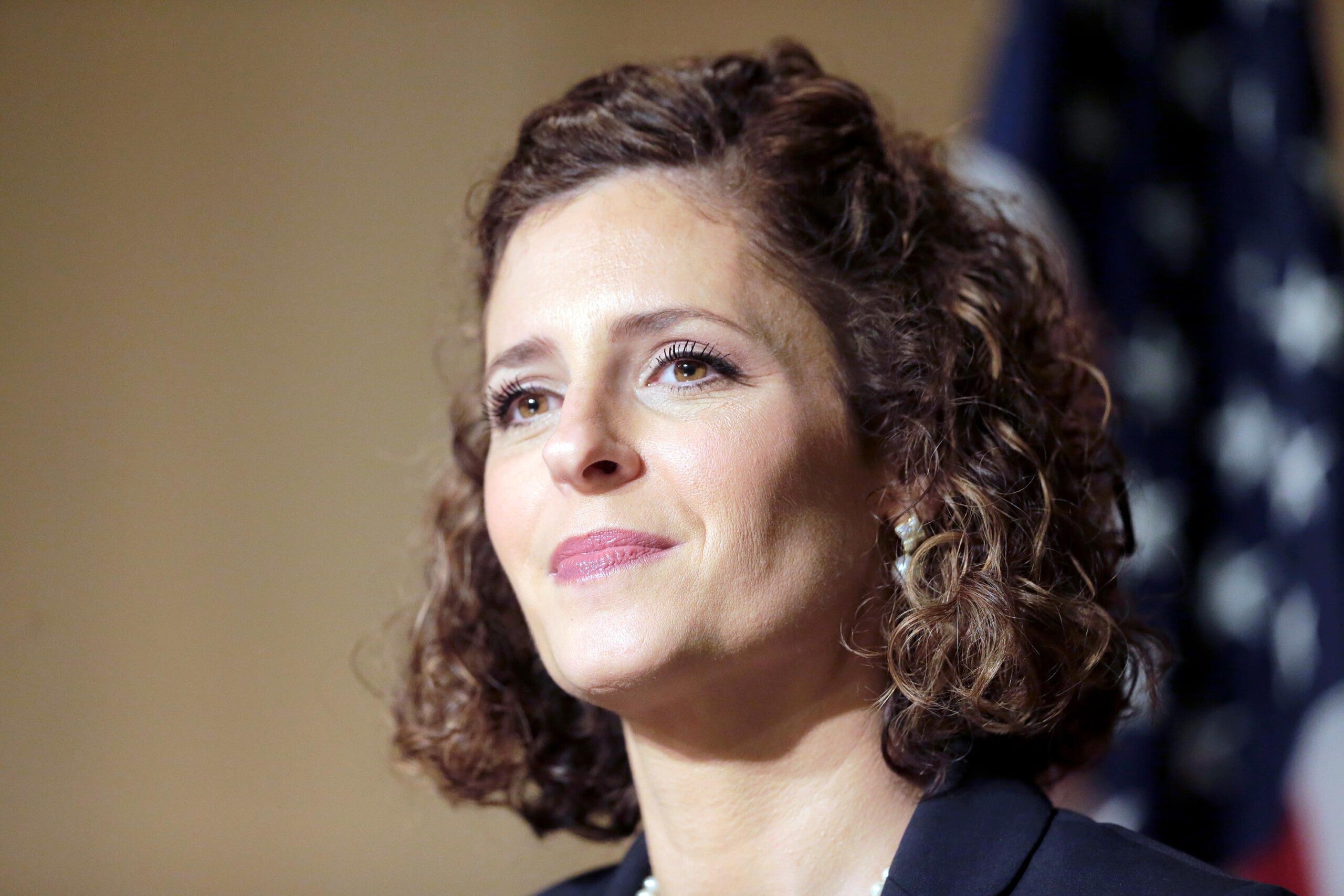 Julia Letlow, widow of Republican U.S. Rep.-elect Luke Letlow, speaks to members of the press at the Louisiana State Archives after signing up to run for the 5th District seat on Thursday, Jan. 21, 2021, in Baton Rouge, La. Luke Letlow won a December election for the congressional seat but died of COVID-19 complications in December, before he could be sworn into office. (AP Photo/Brett Duke via CNN)
by: Alison Main and Caroline Kelly, CNN
Posted: Mar 28, 2021 / 01:51 PM EST / Updated: Mar 28, 2021 / 01:51 PM EST

(CNN) — Louisiana Rep.-elect Julia Letlow on Sunday urged Republicans to get vaccinated against the coronavirus, citing her own tragic experience losing her husband to complications of Covid-19.

“Look at my family. Use my story,” the Louisiana Republican said on CBS’ “Face the Nation” when asked her message to Republicans, a group that recent polling shows is less likely to be willing to get inoculated against the virus.

“You know, I experienced a tragedy in my immediate family, and Covid can touch every family out there,” Letlow continued. “And so there is a vaccine that has life-saving capabilities, I want to encourage everyone to trust it and get the vaccine.”

Letlow won a special election in Louisiana earlier this month to take the seat that her late husband Luke, who had won last year’s election, was never able to hold. He was 41 when he died in December.

Vaccine hesitancy among Republicans has emerged as a key obstacle in the federal government’s effort to combat the coronavirus pandemic. A CNN poll released earlier this month found that 46% of Republicans indicated that they won’t try to get a vaccine.

Reluctance among conservatives to get vaccinated against Covid-19 has caused growing concern inside the White House, people familiar with the matter told CNN earlier this month, even as President Joe Biden’s administration has rapidly scaled up nationwide efforts to administer shots. Conservatives will now be one of the primary target audiences for a massive public relations campaign that could launch as early as this week, officials said at the time. And the administration, through its partners, has been working with NASCAR, country music organizations and several rural organizations on vaccine confidence efforts meant for conservative eyes and ears.

Letlow told CBS’ Margaret Brennan on Sunday that she recently had calls with Biden and former President Donald Trump, who she said were both “so gracious and expressed their condolences.” Letlow said that Biden, who has faced tragedies of his own, told her that “he understood the pain that I was walking through, and that it will get better.”

Before losing her husband, Letlow also lost her 17-year-old brother in a car accident and explored the topic of grief in her doctoral dissertation. The work found that “when a person can get outside of themselves here in the grieving process and find ways to serve others, that can actually be cathartic and helping guide them through the grieving process,” she said.

“Everything in my life and marriage has led me to this one moment in time. I’m so honored and excited to serve the people of the Fifth District,” Letlow said.

Letlow, the first Republican woman elected to Congress in Louisiana, told Brennan she would “definitely” look into addressing the issue of pay equity for women.

“When you look at the population, the makeup of Louisiana, roughly 52% is female,” she said. “Every issue is a woman’s issue, and so it’s a wonderful opportunity for Louisiana to have a woman to have a seat at the table.”