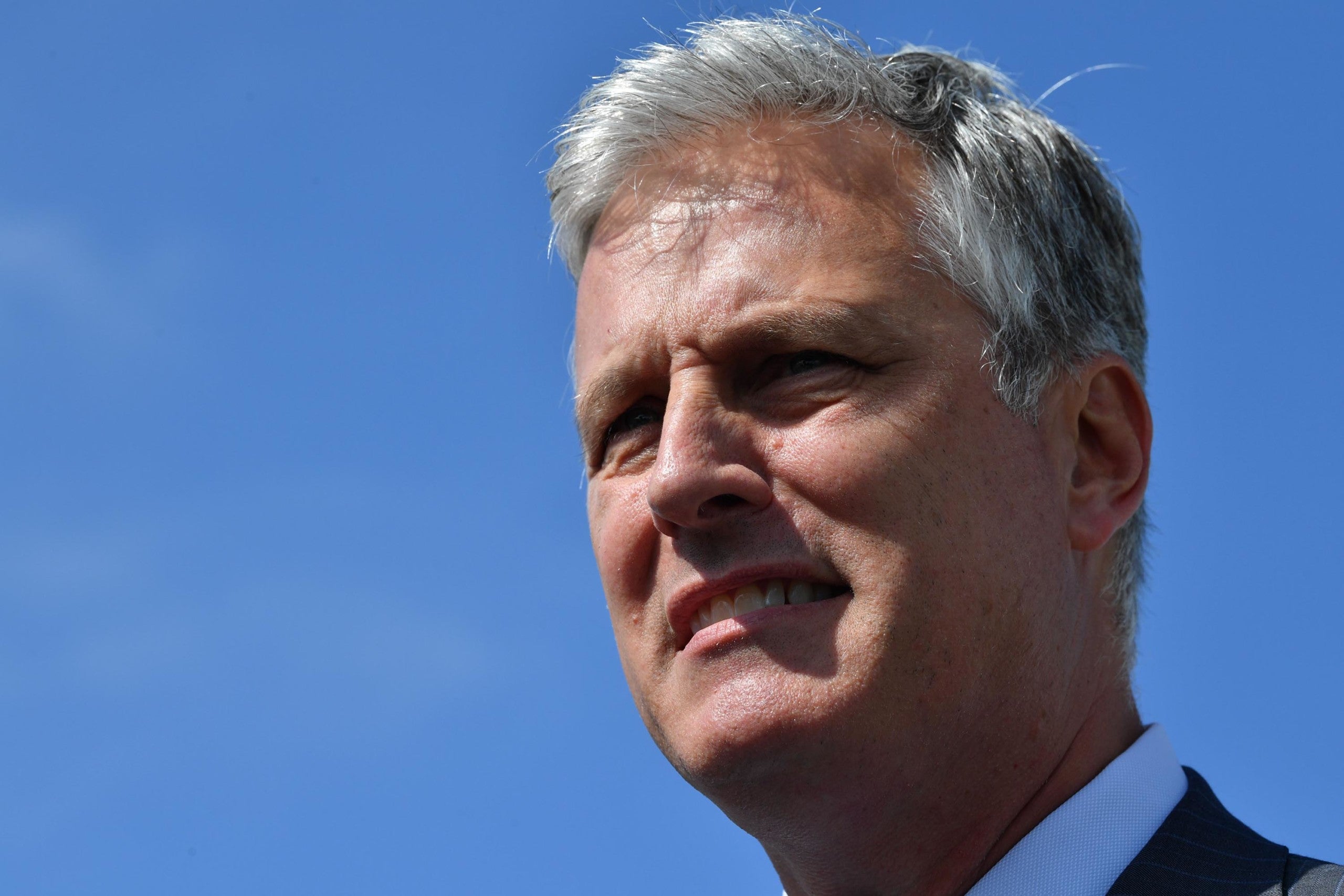 New national security advisor Robert O'Brien speaks with US Presdent Donlad Trump (not shown) on September 18, 2019 at Los Angeles International Airport in Los Angeles, California. - Last week, Trump abruptly fired John Bolton, a vigorous proponent of using US military force abroad and one of the main hawks in the administration on Iran. O'Brien has until now served as Trump's envoy for situations involving US hostages abroad. He comes into the new job with backing from Secretary of State Mike Pompeo and senior Republicans in Congress. (Photo by Nicholas Kamm / AFP) (Photo by NICHOLAS KAMM/AFP via Getty Images via CNN)
by: Kaitlan Collins, Kevin Liptak and Betsy Klein, CNN
Posted: Jul 27, 2020 / 10:16 AM EST / Updated: Jul 27, 2020 / 10:16 AM EST

(CNN) — President Donald Trump’s national security adviser, Robert O’Brien, has tested positive for Covid-19, according to an official familiar with what happened.

O’Brien’s diagnosis marks the highest-ranking Trump administration official known to have tested positive. It’s unclear when O’Brien last met with Trump. Their last public appearance together was over two weeks ago during a visit to US Southern Command in Miami on July 10.

O’Brien, one of Trump’s top aides, recently returned from Europe, where he and his top deputy met with officials from the UK, France, Germany and Italy.

A senior administration official told CNN that O’Brien has been working from home since last week. A source familiar said O’Brien was last in the office last Thursday, when he abruptly left the White House.

Several National Security Council staffers told CNN that they weren’t informed that O’Brien tested positive and learned of the news from media reports.

The National Security Council chief was accompanied on the trip to Europe by Secret Service agents, staffers and multiple reporters. Multiple pictures released from the trip showed O’Brien neither practicing social distancing nor wearing a mask.

As the pandemic has spread, the President has defended not wearing a mask or social distancing, with many of his top officials and White House staffers following suit, saying that it’s not necessary because they are tested every day. O’Brien’s positive test underscores the unique challenges of keeping the virus away from the West Wing and the President’s immediate orbit.

O’Brien, Trump’s fourth national security adviser, has been largely out of sight during the coronavirus pandemic. CNN has previously reported that rather than helping to lead the administration’s response, he has delegated responsibilities to top aides and even bypassed coronavirus task force meetings.

Trump tapped O’Brien, a former lawyer and hostage negotiator, to the post in September 2019, one week after he fired John Bolton amid disagreements on foreign policy issues.