Crashes lead to big delays on I-65 downtown 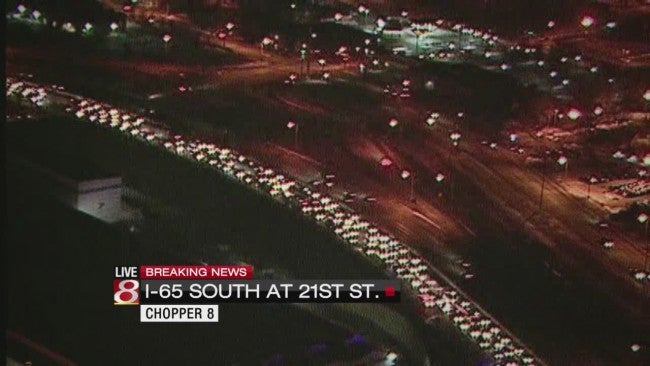 INDIANAPOLIS (WISH) – State Police were called to a four car crash just after 6:30 a.m. Tuesday on I-65 near West Street downtown.

All lanes of southbound I-65 were closed, for a time, near West Street after the crash.

Backups spanned back to 29th Street as crews worked to open the roadway.

There is no word on any injuries caused in the accident.