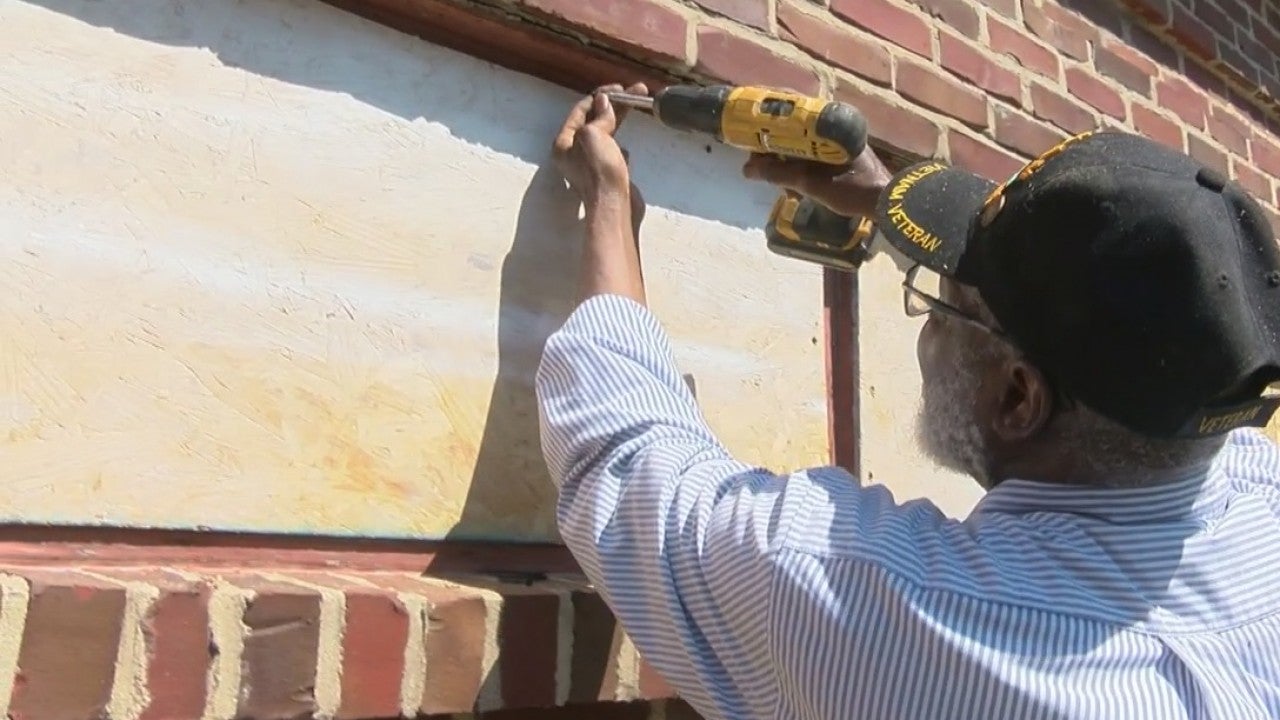 INDIANAPOLIS (WISH) – A church on the near northwest side was targeted by thieves sometime between Sunday night and Monday morning, causing damage that forced the church to suspend its summer meal program.

Volunteers were out Monday boarding up the damage left behind at Christ Missionary Baptist Church near 30th and Eugene streets.

“It’s heartbreaking. I can’t think of a better word for it than heartbreaking,” said Dontrell Oliver, with the church.

Oliver said the thieves stacked cinder blocks against the building, knocked out the air conditioning unit and windows, then made their way into the kitchen.

“They pushed it through. The air conditioner fell on the sink, and it damaged the sink itself and a few pipes,” said Oliver.

The thieves only made off with a TV, but the damage they caused is estimated to be thousands of dollars.

Church officials what matters isn’t what was taken from the church — it’s the community the church works to support.

“One of the little girls today, when she was told she wasn’t going to be able to come in, teared up a little bit, which hurt me. Because kids are so innocent that you just want them to be happy all the time, and this was her happy place for the day,” said William Anderson, a volunteer at the church.

People at the church felt distress for the dozens of people who rely on the church for meals during the summer. The damage meant they were forced to turn those people away.

“We had to let them down because we weren’t able to operate our kitchen; it’s pretty sad. We can’t ever go back and give those families a meal that were going to come here today to get. That depended on us,” said Oliver.

While church officials hope to get things back to normal in a few days, Oliver has a lasting message for whoever did this: “If you were in need of something, as our pastor would say, you could have knocked on our door. You didn’t have to break in our window.”

The church plans to resume its summer lunch program Tuesday.

They will cook the food at a volunteer’s house and bring it back to the church.