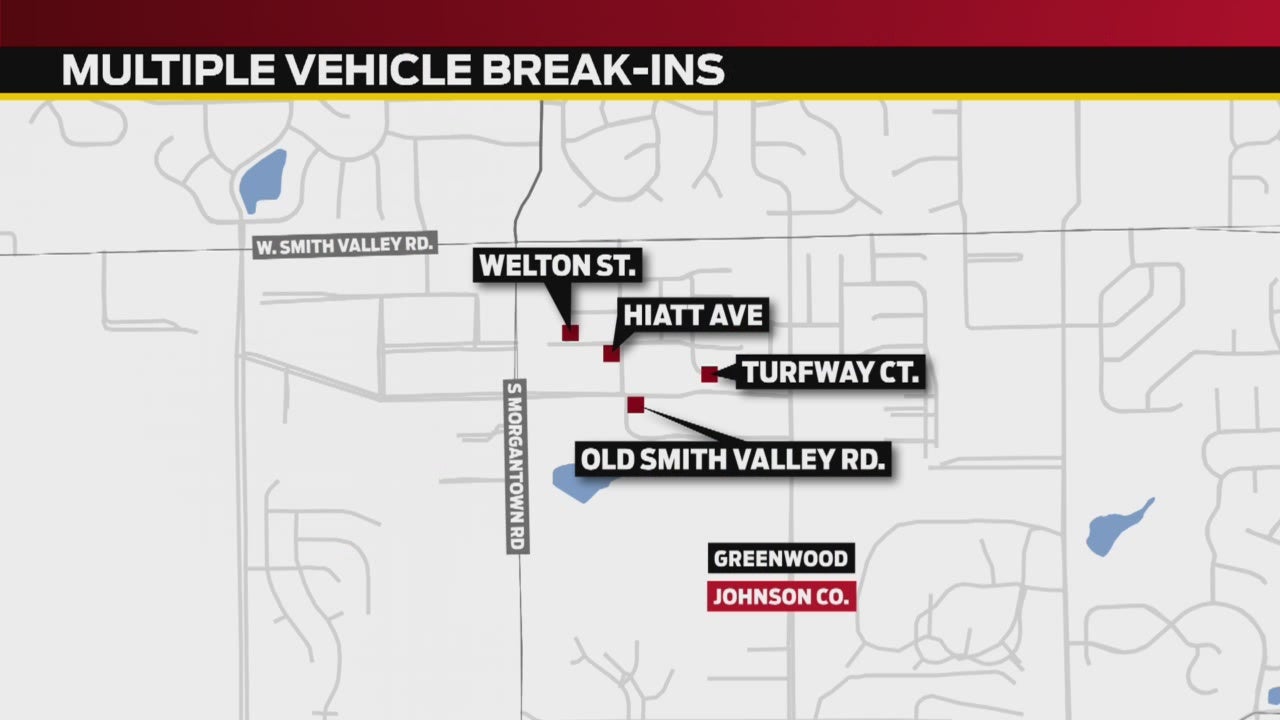 GREENWOOD, Ind. (WISH) – Police are warning about the third rash of car break-ins in Greenwood in just a few months. The latest happened from Sunday night into Monday morning. A thief or thieves targeted neighbors near Smith Valley and Morgantown Road.

In most of these incidents, just change, or cigarettes and inexpensive electronics were stolen. In one case, $100 and a credit card were taken. Johnson County Sheriff Doug Cox says most of this could have been prevented if people would lock their cars.

“They took $2 and a bottle of Codeine cough syrup,” said Rick Bishop. Bishop has lived in his neighborhood for 25 years and has never had any problems, until early Monday morning when somebody ransacked his wife’s car.

“She probably forgot to lock her door. Go figure. The morning it’s going to happen, we didn’t lock them,” said Bishop.

Police say they aren’t the only ones. Altogether, eight reports were filed in White River Township. But authorities believe there could’ve been many more.

“They get in their car. They see that it has been rummaged through, ‘I’m not going to make that report. I’m not going to waste law enforcement’s time.’ We need those reports to keep the public informed. If your car was broken into two miles away, that helps us understand the crime,” said Cox.

But what Cox is really hoping for is that people will take his advice. Be proactive to help prevent this from happening. Cox encourages people to park their vehicle in a garage if possible. If not, lock your car doors and don’t leave valuables in plain view.

“Thieves are typically lazy. They’re not going to want to break your window out. But, if they want something bad enough that they can see through the window, they will use anything that they can find laying around to break into your vehicle,” warned Cox.

He says landscaping blocks are now being used to shatter windows. At this time, police don’t have a suspect, but they did send Bishop’s cough syrup to a lab for DNA tests. Cox says in most car break-ins, it’s neighbors reporting suspicious activity that allows police to track down suspects. They encourage anyone who sees anything unusual to contact their local police.

These break-ins follow a summer long rash of car and home break-ins. In July several people were arrested for break-ins in the Greenwood neighborhood along Padre Lane. Previously, police said those responsible were mostly targeting unlocked vehicles.

Cox says overall, home burglaries had been down this summer in Johnson County. Instead, they’d seen an increase in car break-ins earlier this summer.

Anyone with information on the recent car break-ins should contact the Johnson County tip line at 317-346-4654.