Klobuchar drops out of Biden VP contention, says he should choose a woman of color 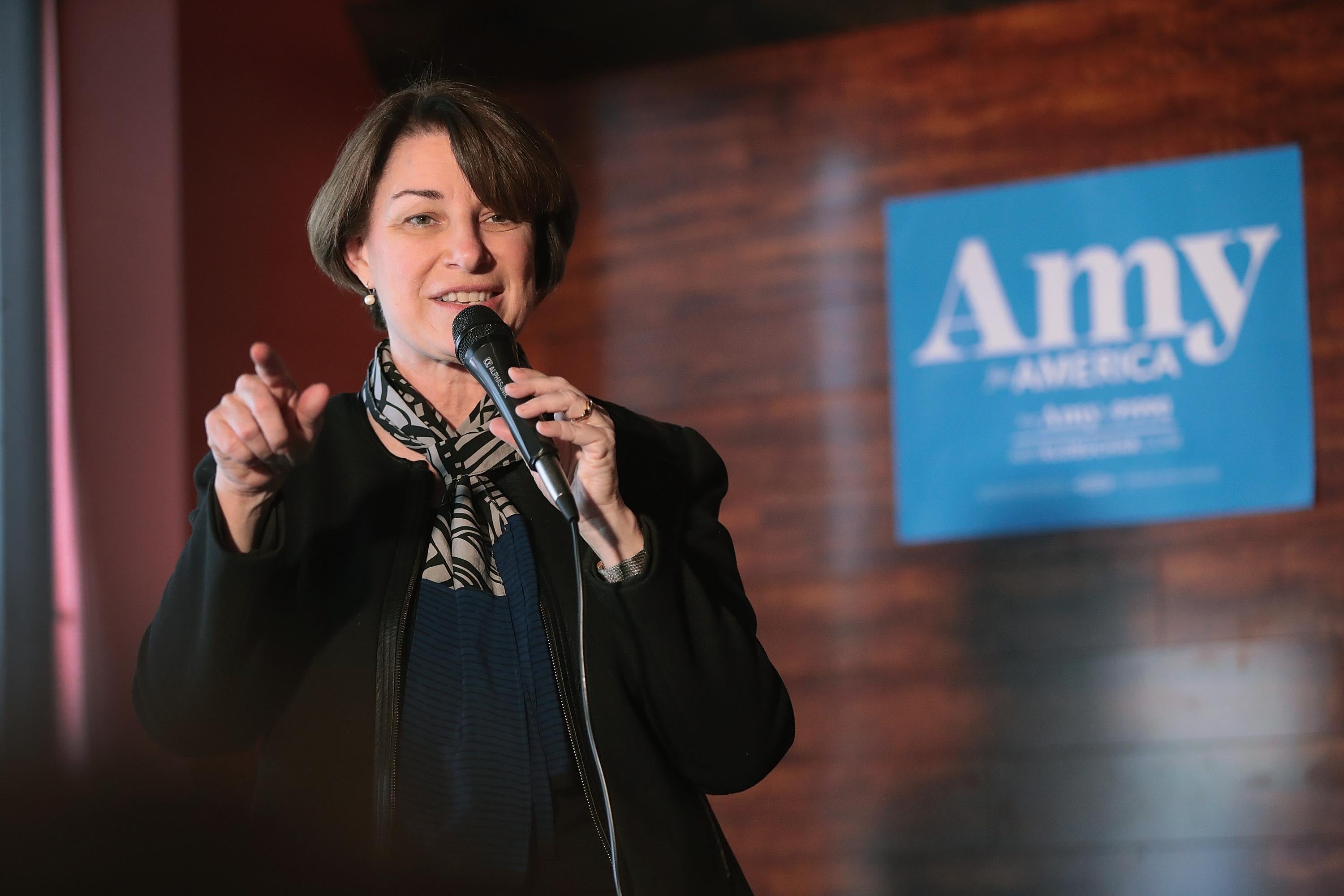 KNOXVILLE, IOWA - FEBRUARY 17: U.S. Senator Amy Klobuchar (D-MN) speaks to guests during a campaign stop at the Marion County Democrats soup luncheon at the Peace Tree Brewing Company on February 17, 2019 in Knoxville, Iowa. The stop was part of Klobuchar's first swing through the state since announcing she would be seeking the 2020 Democratic nomination for president. (Photo by Scott Olson/Getty Images)
by: Paul LeBlanc and Jasmine Wright, CNN
Posted: Jun 19, 2020 / 04:52 AM EST / Updated: Jun 19, 2020 / 04:52 AM EST

(CNN) — Sen. Amy Klobuchar on Thursday night removed herself from consideration to be Joe Biden’s running mate, citing the ongoing national discussion about racial injustice and police brutality to suggest the former vice president should choose a woman of color.

“This is a historic moment, and America must seize on this moment. And I truly believe as, I actually told the vice president last night when I called him, that I think this is a moment to put a woman of color on that ticket,” Klobuchar, a Minnesota Democrat, told MSNBC’s Lawrence O’Donnell.

“And there are so many incredibly qualified women, but if you want to heal this nation right now, my party … this is sure a hell of a way to do it.”

Biden offered warm words for Klobuchar shortly after her comments to MSNBC.

“Amy — from the moment you announced you were running for president in a snowstorm, it wasn’t hard to see you had the grit and determination to do anything you set your mind to,” Biden tweeted. “You know how to get things done. With your help, we’re going to beat Donald Trump.”

Klobuchar was touted for months as a promising vice presidential candidate due to her centrist appeal and name recognition following her own White House bid. But her prospects had waned in recent weeks as Biden faces increasing pressure to choose a woman of color as his running mate in the aftermath of George Floyd’s death at the hands of police officers.

Floyd’s death in Minneapolis reignited long festering Democratic concerns about Klobuchar’s criminal justice record and the seven years she spent as the top prosecutor in Minnesota’s most populous county, a position she secured by promising to be tough on crime.

The resurgence of questions about her criminal justice record — along with what many saw as her inability to address long-running accusations of racism inside the Minneapolis police force and her failure to bring charges against multiple officers involved in shootings during her time as a top prosecutor — had led some inside the Democratic Party to outright say they would question Biden’s judgment and commitment to Black voters if he picked Klobuchar as his running mate.

After suspending her own presidential bid in early March, Klobuchar was the first 2020 primary candidate with a number of delegates to announce she would endorse Biden.

She insisted that Biden could bring the country together and build a coalition of Democrats, independents and Republicans “because we do not in our party want to just eke by a victory. We want to win big.” In her concession speech, Klobuchar replaced her own name with Biden’s.”I think you know you have a home with Joe Biden,” she said, altering a popular stump line.

“But I’m not making that commitment. I’m going to make that judgment after in fact this group goes through interviewing all these people,” he said.

Biden has said he hopes to pick his running mate around August 1.