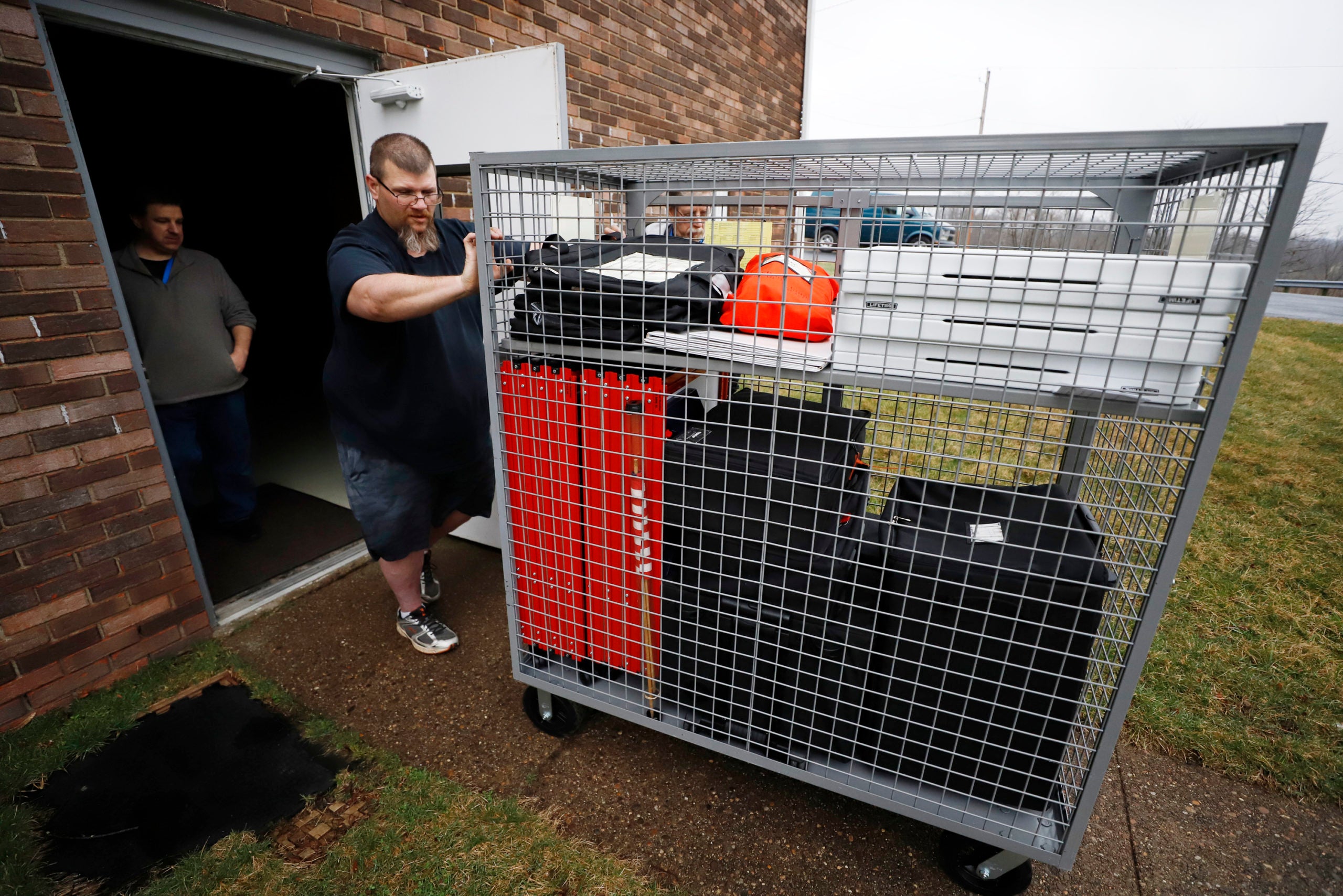 COLUMBUS, Ohio (AP) — Politicians of all stripes expressed frustration Tuesday after Ohio’s primary was postponed until June by elected state Republican leaders amid concerns it could help the coronavirus pandemic spread.

The Ohio Democratic Party sued Tuesday afternoon over Secretary of State Frank LaRose’s decision to set a new date, saying that power rests only with the Legislature. Messages were left seeking comment from LaRose and the state attorney general, who represents him.

The state’s top health official, Dr. Amy Acton, cited the need to contain the pandemic in ordering the polls closed hours before voters were supposed to cast ballots Tuesday morning.

Both DeWine and Acton defended the decision Tuesday afternoon, saying it was needed to save lives.

While DeWine has received wide praise and national attention for his aggressive response to the coronavirus outbreak, he faced second-guessing.

Republican House Speaker Larry Householder decried “unprecedented chaos and confusion” and the undermining of Ohio’s “system of government,” saying he was contacting legislators about their ability to attend a session to “legally” address the primary.

Householder, of Glenford, said he has asked Attorney General Dave Yost about exempting legislators from current restrictions on gatherings of 50 or more.

His Democratic counterpart, House Minority Emilia Sykes, of Akron, said the Legislature should have been convened before the scheduled primary.

President Donald Trump, asked during a White House briefing about DeWine’s decision, praised the governor for “doing a great job” during the crisis, although he said he prefers to see elections go on as scheduled.

“I just think an election is a very special thing,” Trump said. “That would be a decision that would be made by him. He felt it was necessary. … Somebody’s challenging it, so the courts will ultimately decide.”

The Ohio Democratic Party was weighing its options for challenging the delay. It could force Democrats in primaries to stretch resources in contests against one another instead of allowing nominees to focus on general election battles.

State party Chairman David Pepper issued a statement critical of the “confusion and chaos” of the late Monday actions and urging a conclusion to the election before June 2.

“Extending for that long is highly problematic for any number of reasons, and it is not at all clear that in-person voting will be possible on that date anyway,” he said.

“Being a military combat pilot, it’s not uncommon for us to have a storm pop up and you have to fly around it or figure out what’s next,” she said.

Her campaign is exploring ways to interact with voters without large public meetings, probably by using Facebook and other social media, she said.

LaRose said Monday that June 2 was chosen to give enough time to ride out the worst of the virus while also meeting Democrats’ deadlines for designating delegates to their national nominating convention.

The closure of election sites in Madison and Athens counties over worries there had been virus exposure highlighted the potential risks. A poll worker in Madison County had reported a fever and other symptoms but was ultimately diagnosed with something else, officials said.

Neither DeWine nor LaRose, both Republicans, has the power to postpone an election on his own, so their wish to delay the primary had to go through the courts.

In ruling against them, Franklin County Judge Richard Frye suggested DeWine should have used his power to reconvene the Legislature to change the law, rather than turning to the courts.

Agreeing to their suggested course of action, he said, would have “upset the apple cart in a terrible precedent.”

They lamented Frye’s ruling in a statement, underscoring that they acted out of concern for older voters’ health and in response federal guidelines. The health director’s order invoked a health emergency.

Most people who contract COVID-19 have relatively mild symptoms, but it can be deadly for some, especially the elderly and those with underlying health problems. Most people infected with the virus recover in a matter of weeks.