Trump expected to make appearance every night of RNC this week 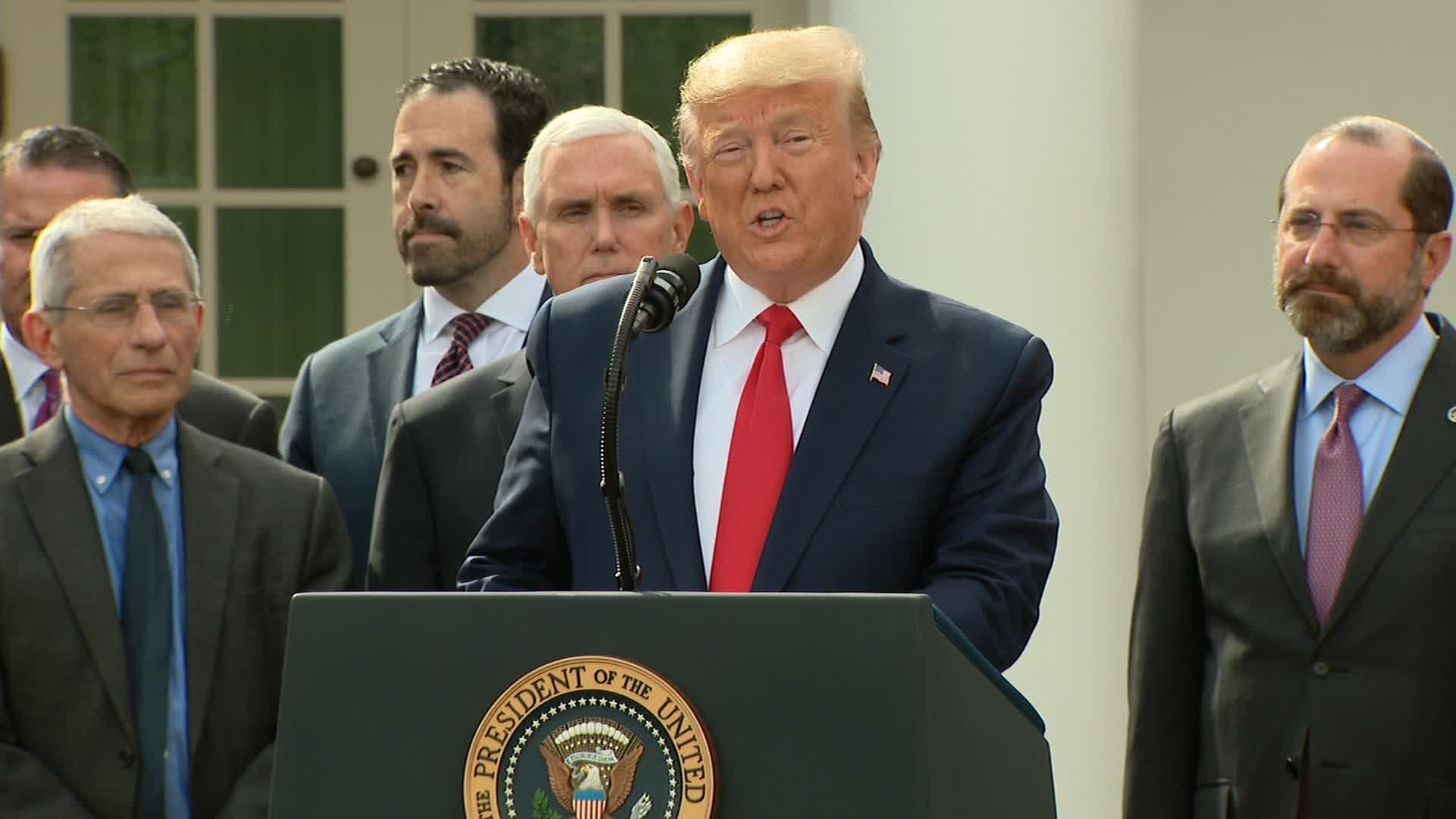 (CNN) — President Donald Trump will make an appearance every night of the Republican National Convention this week, a Republican familiar with the planning confirmed to CNN.

Trump campaign senior adviser Jason Miller on Sunday told NBC’s “Meet the Press” that viewers can plan on hearing Trump “speaking at various parts through each of the nights” at the GOP convention, but would not elaborate whether that meant live remarks, speeches or prerecorded video segments.

Miller said Republicans will present an “optimistic and upbeat convention this week” in contrast with what he described as last week’s “massive grievance fest” of a Democratic National Convention.

The RNC will focus heavily on Trump’s accomplishments over his first four years, lay out a second term vision for the administration, and promised “a complete change in the perception that I believe the media tries to tell of what a Trump supporter looks like, or who a Trump supporter is,” Miller added.

The convention will also feature “breakout stars,” people one wouldn’t typically consider to be Trump supporters, and “a great, uplifting message from the President,” he told NBC.

Dan Scavino, one of President Donald Trump’s longest serving aides and one of the few people with access to his Twitter account, is scheduled to speak at the RNC this week, a person familiar with the planning told CNN.

As the deputy chief of staff for communications, Scavino is in a public-facing role, but he rarely speaks publicly.

Trump and Vice President Mike Pence are expected to make an appearance at the Republican National Convention in Charlotte, North Carolina, on Monday, a Republican official familiar with the plans confirmed to CNN.

Trump and Pence are expected to attend the roll call votes by the slimmed-down group of 336 RNC delegates who will formally nominate Trump and Pence as the 2020 Republican presidential and vice presidential nominees. Because North Carolina would not give permission for a large scale event, Republicans decided not to hold the rest of their convention there.

Trump is expected to give brief remarks to the delegates, but his formal acceptance speech will happen remotely Thursday from the White House.

Pompeo will speak at RNC from Israel

Secretary of State Mike Pompeo plans to address the RNC on Tuesday from Israel, a person familiar with his plans said, a break from longstanding traditions of leaving domestic politics when leaving the country — particularly for the nation’s top diplomat.

The person familiar would not say where in Israel Pompeo would speak — whether in Jerusalem, which under Trump the US has recognized as Israel’s capital, or somewhere else.

Pompeo will address the RNC from Israel “in his personal capacity,” according to a State Department official.

A source familiar said Trump asked Pompeo to speak and he considers it a high honor to have been asked. The President thinks it will be one of the most important speeches of the week.

The speech has been cleared through Pompeo’s personal lawyers, State Department, White House lawyers and RNC lawyers, the source familiar said. The source said they are not concerned that it is a Hatch Act violation or improper as Pompeo “will be speaking as a citizen of the US, not speaking as the secretary.”

No taxpayer resources are being used to support the speech, the source said, as it’s being funded by the campaign and RNC. No support staff are traveling with Pompeo on his government plane.

Pompeo departed for a swing through the Middle East and Africa on Sunday. His stops include Israel, Sudan, Bahrain, and the United Arab Emirates. Trump has frequently touted his support for Israel as a top foreign policy achievement, and said Friday that his decision to move the US embassy to Jerusalem was popular with Evangelicals.

Trump will travel to Charlotte for first day

One of Trump’s nightly appearances will be with a group of doctors, nurses and EMTs who helped respond to the coronavirus crisis, according to a person familiar with the planning.

The President will honor their heroism and highlight other front-line workers who are responding to the pandemic.

The White House announced Saturday the President would be going to Charlotte as part of a day-long series of events in North and South Carolina. The White House and reelection campaign have refused to divulge any details of Trump’s visit since first reports of the stop emerged Friday.

A White House advisory only says the President will arrive at 11:45 a.m., Monday in Charlotte.

The New York Times first reported Trump’s expected attendance at the roll call, which also noted this will be the only in-person portion of either party’s quadrennial gathering.

Trump, a television producer at heart, is hoping for a convention next week that looks vastly different from the all-digital event Democrats have staged over the past days — including an emphasis on live programming and at least some type of audience who can respond to the multiple appearances he is planning.

The convention ordered up by the President is expected to contain moments that are designed both to surprise viewers and trigger outrage from Trump’s opponents. Details for the week remain fluid and some of the central elements were still being worked out between the White House, Republican National Committee and convention planners. Trump’s aides were reaching out to potential participants, including a long slate of Americans whose personal stories they believe will resonate with voters.