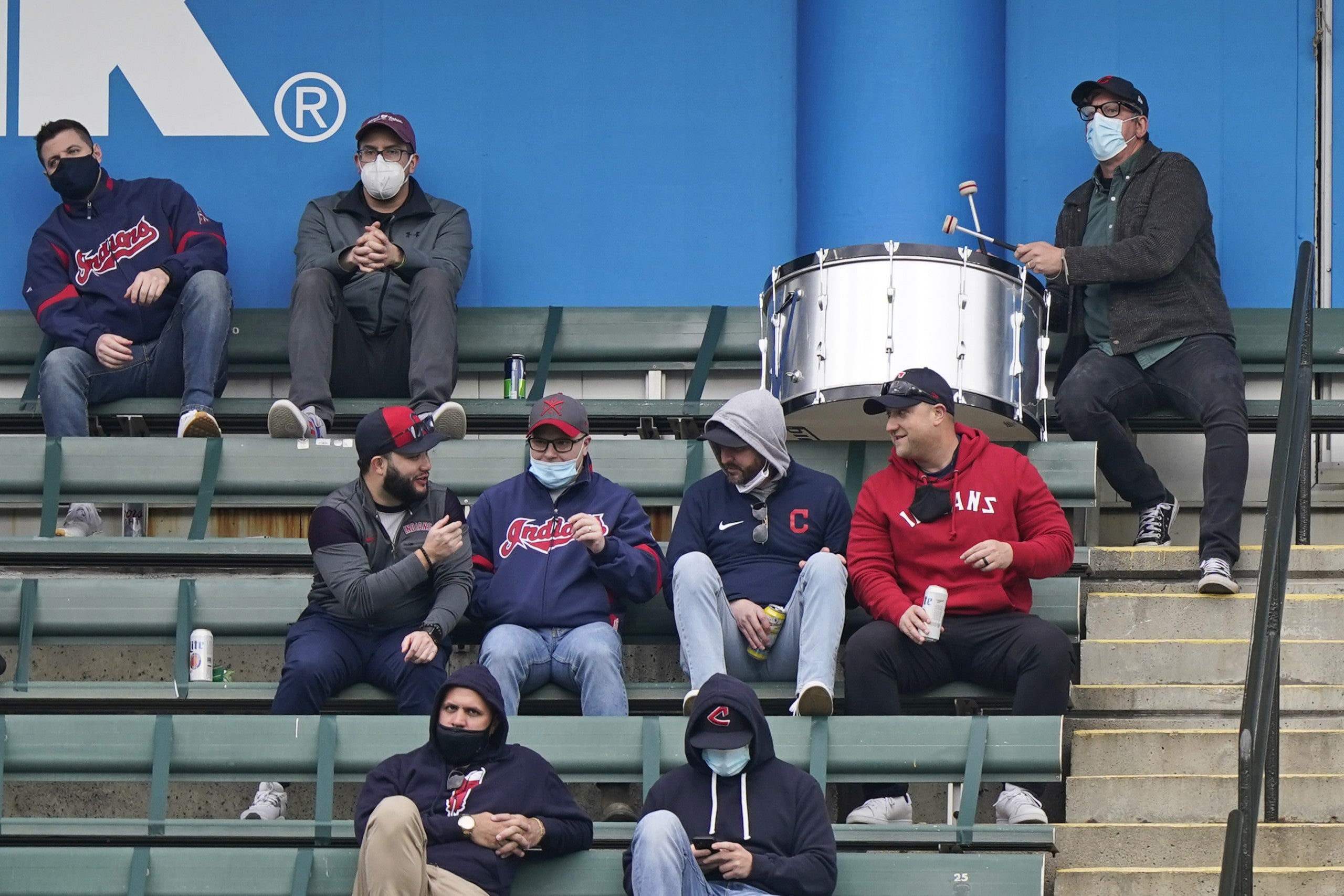 Black Keys drummer and life-long Indians fan Patrick Carney pounds on the drum in the first inning of a baseball game between the Kansas City Royals and the Cleveland Indians, Monday, April 5, 2021, in Cleveland. With long-time drummer John Adams recovering from heart surgery and unable to attend his first opener in Cleveland in 48 years, Carney will fill in during the home opener. (AP Photo/Tony Dejak)
by: TOM WITHERS AP Sports Writer
Posted: Apr 6, 2021 / 05:29 AM EST / Updated: Apr 6, 2021 / 05:29 AM EST

CLEVELAND (AP) — Patrick Carney was not nervous before his first live drumming gig in more than a year, just honored.

A lifelong Indians fan and one half of The Black Keys, the Grammy Award-winning rock duo from Akron, Ohio, Carney filled in Monday at Cleveland’s home opener for drummer John Adams, who is recovering from heart surgery.

Adams missed his first home opener since 1973, ending a run that has featured him sitting high in the left-field bleachers and pounding a steady beat whenever the Indians are hitting.

Carney was thrilled to be able to sit in for Adams.

“I’m stoked to be here for John,” Carney told the Associated Press about two hours before the Indians hosted the Kansas City Royals at Progressive Field. “It’s the best seat in the house and I wish John could be here, obviously. When I heard he wasn’t healthy enough to make it, I thought it was good way to pay some respect to him and show him some love.”

Before he could begin banging away, Carney was bestowed drumming duties by Adams during a video presentation in the first inning.

Carney’s appearance didn’t spark the Indians, who managed just three hits and were shut out 3-0 by the Royals.

Carney said he attended his first Indians game in Cleveland when he was “5 or 6” and that one of his close friends who accompanied him to that game decades ago was attending the opener.

Like so many musical acts, Black Keys haven’t on a stage since just before the COVID-19 pandemic shut down normal life.

“This is my first show since last January,” Carney said. “Crazy. This is gonna be fun.”

Carney said he’s looking forward to concerts resuming and that Black Keys and he and Dan Auerbach could have an announcement next week on their upcoming plans.