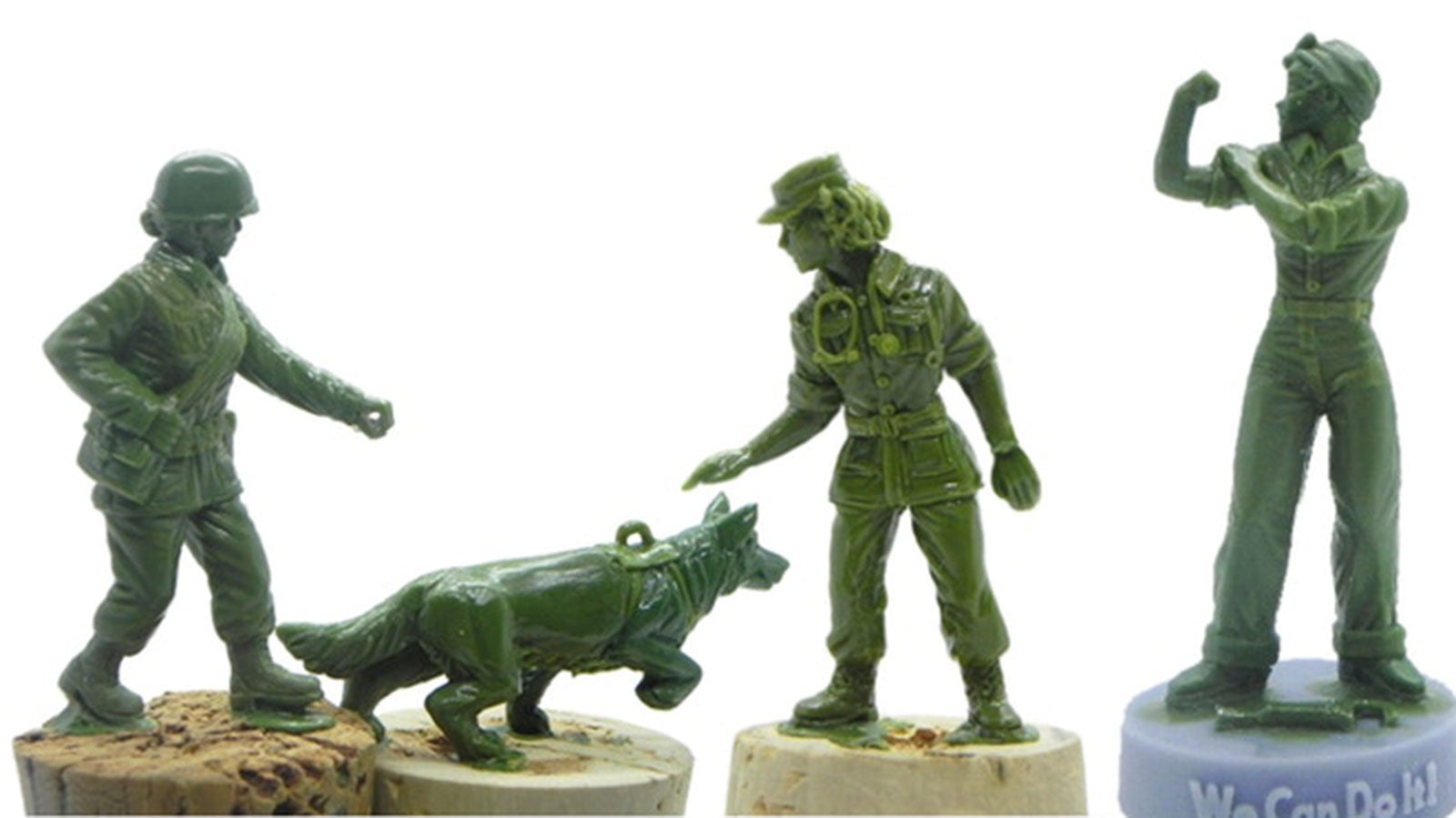 (CNN) — The toy company behind the Plastic Army Women project says the tiny, female troops will be ready to deploy in time for the holidays.

BMC Toys started taking pre-orders for the soldiers earlier this week, and they are expected to ship in October.

The female soldiers will look familiar to anyone who’s fought backyard battles with the figures or watched the Toy Story movies.

The designs are still being finalized, according to the company’s website. There will be 15 different poses, including the bazooka operator, kneeling rifleman, radio operator and the captain with binoculars and a pistol.

There will also be a military working dog and its handler.

A 36-pack of figures will come in green, tan or pink and will sell for about $14.

BMC Toys owner Jeff Imel has been thinking about making the toys for a while and even made sketches for prototypes with his sister in 2018. He said a female retired Navy sailor convinced him that there might be a market for the toys.

In August, a 6-year-old named Vivian Lord sent him a letter, which encouraged him to take the next step.

“[Please] can you make army girls that look like women,” Vivian wrote. “I would play with them every day and my [friends] would too!”

Imel told CNN affiliate WNEP in September that creating a new set of figures would cost “about as much as a modest new car.”

He launched a Kickstarter campaign in November, which has raised more than $55,000. Imel used that money to design more figurines, including a Rosie the Riveter statuette.