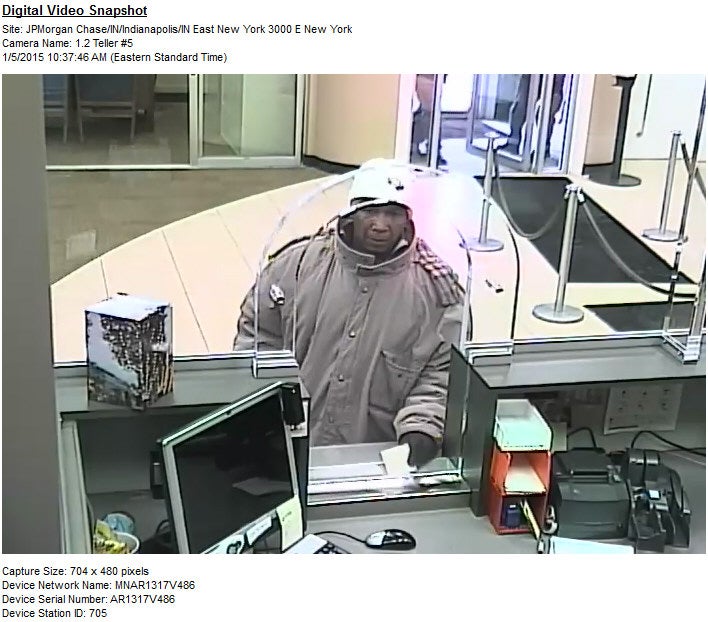 Officers responded to the Chase Bank at 3000 East New York Street shortly before 11 a.m. on the report of an attempted armed robbery.

Police say the suspect approached the bank teller and demanded money while possibly armed with a silver handgun. He fled the scene without taking any cash.

The suspect is described by detectives as between 40 and 50 years old. He was last seen wearing a white or tan winter hat, tan coat, black gloves and tan pants.