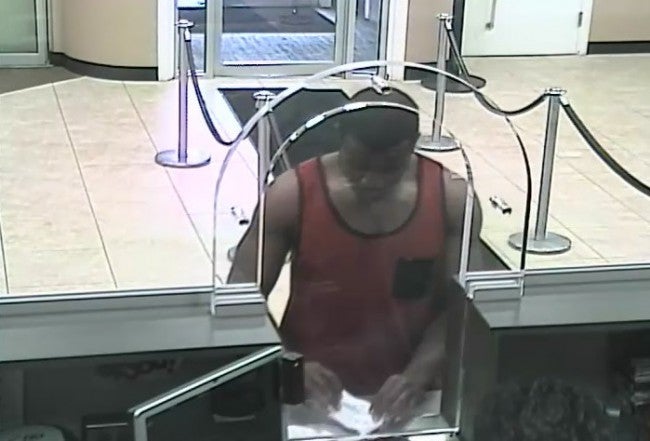 Officers with the Indianapolis Metropolitan Police Department responded to a robbery at the Chase bank in the 3000 block of East New York Street at 11:10 Monday morning.

Investigators said the suspect passed the teller a note demanding cash then fled the scene with an undetermined amount of money.

The suspect is described as a black male, around 6’1″ and weighing around 210 pounds. He was last seen wearing a red tank-top, black cargo shorts and white tennis shoes.