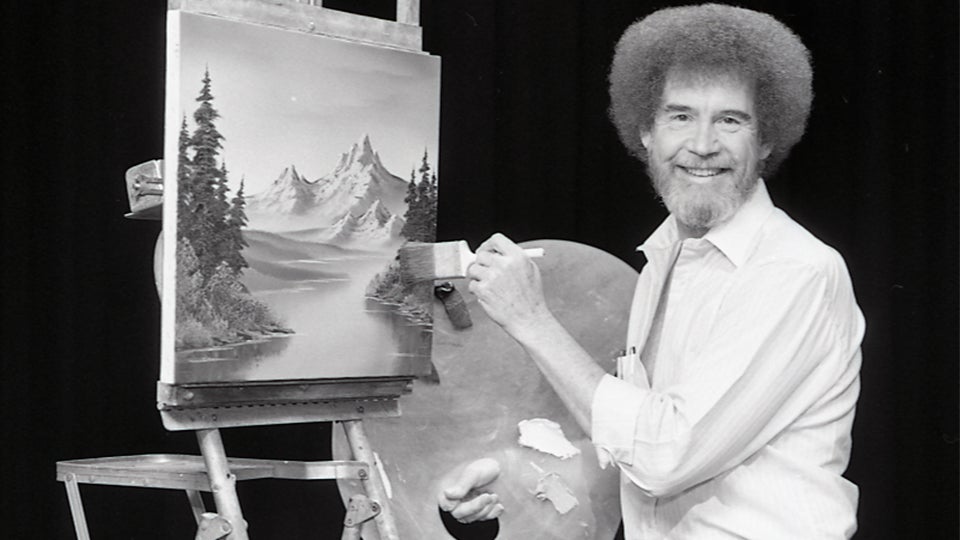 MUNCIE, Ind. (Inside INdiana Business) — Artists, historians and fans of Bob Ross are trying to bring his persona back to Muncie, where he made “The Joy of Painting,” one of the most popular programs on PBS.

Leaders of Minnetrista want to recreate his painting studio inside the historic L.L. Ball home, which is located in the Delaware County city.

They’re using the crowdfunding platform, Indiegogo, to raise an initial $200,000 to create the “Bob Ross Experience” during the month of October. The money will be used to make repairs to the house and reconstruction of the studio. If successful, the organization wants to raise an additional $150,000 to build a separate painting workshop.

“We already have Bob’s stuff – his easel, palette, brushes that we will combine with other objects and media from Bob’s life and career to bring “The Joy of Painting” to life,” as stated on the fundraising web page.

Muncie’s local PBS station, WIPB, recorded the show with Ross from 1983 until 1994. For six years, his how-to painting show was filmed at the Ball home. Minnetrista is the original site of the home for members of the Ball family who built their glass jar company into a global corporation. The property now includes a museum, historic homes and gardens.

Ross died in 1995 in Florida from lymphoma at the age of 52, but his television show lives on in re-runs which can be seen on Netflix.

Ross, with his iconic curly perm and soft, calming voice, turned a canvas into mountain ranges, scenic seashores and colorful forests. He encouraged viewers to attempt oil painting without fear by saying “we don’t make mistakes here. We just have happy accidents.”

Click here to learn more about efforts to create the Bob Ross experience.