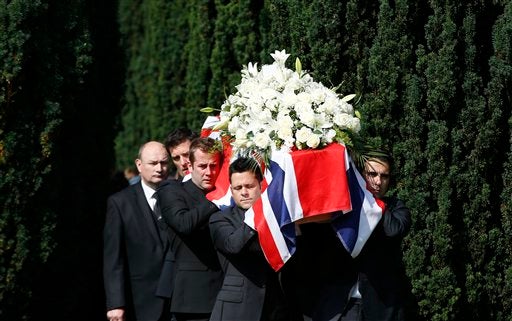 PAULERSPURY, England (AP) – The funeral for British IndyCar driver Justin Wilson, who died in a race accident last month, was taking place in a small village in England on Thursday.

Former Formula One driver Mark Webber helped carry the coffin into a church in Paulerspury, near the Silverstone race circuit in central England.

A poem by Wilson’s wife, Julia, was read out during the service in which she said “it’s not fair you had such a short life.”

Wilson was 37. He died after being hit in the helmet by debris from another car at Pocono Raceway.

The eulogy was delivered by former F1 driver Jonathan Palmer, who told mourners that “Justin died doing something he loved. He wasn’t in denial about the risks.”