Getting to know our neighbors, the Burmese community on the south side 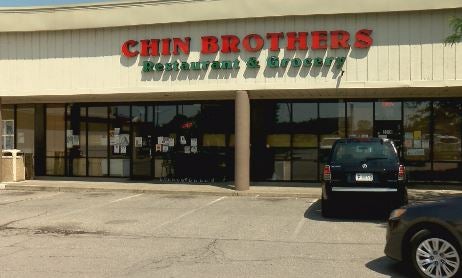 INDIANAPOLIS (WISH) — There are almost 14,000 Burmese people living in Indianapolis, primarily in Perry Township and Southport on the city’s south side. They make up 75 percent of the refugees placed by Exodus Refugee and Immigration.

Earlier in the week, somebody planted a racist sign in the yard of a home that is up for sale. The sign read, “No More Chin.”

After the incident, the Burmese community received an outpouring of support from their neighbors, but there were also many who spoke out against the growing ethnic group, accusing them of being dirty and living off of welfare indefinitely.

So, 24-Hour News 8 took a trip to the south side to get to know our neighbors a little better.

The American dream, sometimes, comes packaged a little differently. Than Hre stocks the shelves of his very own grocery store, Chin Brothers. He opened it in 2007.

“They don’t have food for the Chin people because we like spicy. We like noodles. We like rice. They cannot get it in another store,” Hre said.

There was so much business at the store that he decided to open his own restaurant too. It’s in the same building. They call it Chin Brothers Restaurant & Grocery.

Hre said things haven’t always been so prosperous though. Hre is a refugees from Chin State, a state within Burma.

“They are Buddhist. They are the majority. We are Chin. We are Christian. We are minority,” he explained.

“It’s dangerous. If they arrested me, either they will put me in labor camp or they may kill. So, it’s not safe,” he said.

When Hre came to the United States in 2002, he had no money and one bag of belongings. He worked two factory jobs, putting in 16 hour days and getting four hours of sleep, six if he was lucky.

“They’re such industrious, hard-working individuals. We’ve worked with thousands of them over the past several years,” Varga said.

75 percent of the refugees that Exodus places come from Burma. Varga said the 1990s is when Burmese refugees started settling in Indianapolis.

“Indianapolis is an affordable city. It has good housing options, affordable housing and great jobs. I think it’s become a draw for many refugees,” he said.

He also believes that because there is such an established Burmese community in the city, it makes it more comfortable for others to join. But the backlash has been evident.

On social media, one accused the group of living off of government assistance. According to Varga, when the U.S. brings refugees here the objective is employment. They are offered food stamps, health and cash assistance. He said four months is the time frame they typically are working and self sufficient and no longer need assistance.

Others accused the group of being dirty. Hre said often when they come here, they have nothing. Including clean clothes.

“Being a refugee from a third world country, maybe some people say they should dress or whatever, but give them a little bit of time.” he said.

But even with prejudice, Hre said he remains positive.

“Success is…everyday, whatever happens in our life, positive thinking. To see good things, not like negative view. Positive views.” he said.

He said being able to sell the holy book, the Bible, in his very own store without fear, is the American Dream.

“I’m American. I’m a citizen and this country is so blessed. It has lots of opportunity,” Hre said.

This year, Exodus expects to place 905 Burmese refugees. Indianapolis is just one in 189 cities in the country that works with the US Department of State on refugee resettlement, according to Varga.