GOP says ‘no’ to a study committee on discrimination against gays 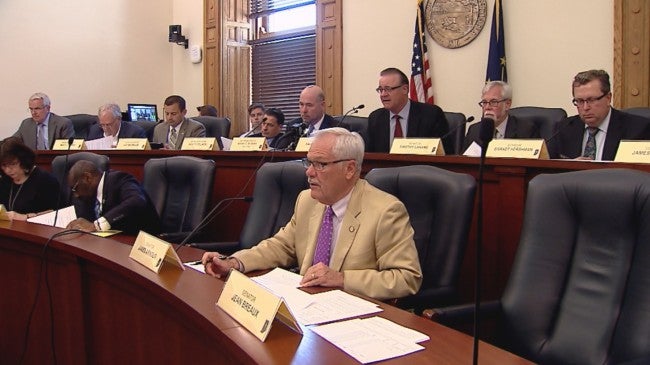 It’s a question prompted by the RFRA controversy and one that state lawmakers will avoid this summer.

GOP leaders in the General Assembly announced Thursday afternoon that they will conduct summer studies of 40 issues.

Statewide civil rights protections for gays was one of more than 60 issues that didn’t make the cut.

“If you ask your average Hoosier, should somebody be fired from a job for no other reason than being gay, most of the time they’re going to say absolutely not,” said House Minority Leader Scott Pelath. “And that’s what we’re talking about.”

And we’re talking about it because the governor signed the RFRA bill and supporters sought to use it to discriminate.

“We felt there was not enough support to do it this summer,” he said. “I think there’s a feeling that this is going to be ongoing.”

House Speaker Brian Bosma says its not an effort to duck the issue.

“I’m sure there will be lots of people looking at the issue outside of a formal study,” he said.

Democrats are disappointed and concerned that Republicans are seeking to avoid a civil rights debate in an election year.

“This is an issue that’s time has long come,” said Senate Minority Leader Tim Lanane, “And politics, elections, or otherwise we need to deal with this.”

Issues studied this year will be acted on next year and 2016 is the election year.

But at least one controversial issue made the list.

It’s the ongoing overcharges in the BMV.