Hinchcliffe out indefinitely, but what about the future? 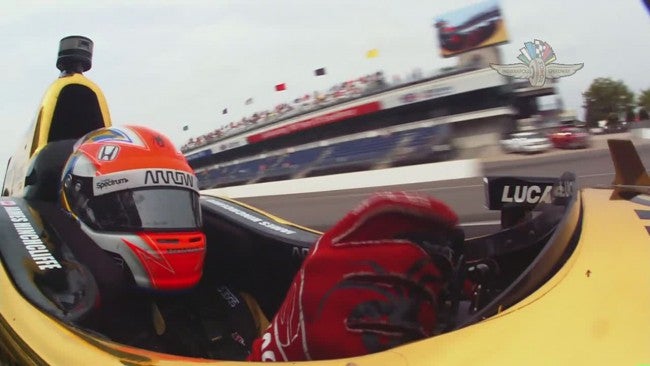 INDIANAPOLIS (WISH) — As James Hinchcliffe recovers, he’s been ruled out of competition. Beyond that, the long term future for Hinchcliffe as an IndyCar driver is unclear.

So far, there have been 4 crashes during practice at IMS. Hinchcliffe is the only driver who was hospitalized.

WISH-TV’s Motor Racing Analyst, Derek Daly has been following the crash. His son, Conor is a driver on Hinchcliffe’s team.

“Hinchcliffe was different. The violence of the impact was different and the consequent damage to his body was significantly different,” said Daly.

His injuries were life threatening, according to Daly.

“His injuries were so severe that a part of the car punctured his body, caused significant amounts of damage and there was significant blood loss,” said Daly.

Hinchcliffe was transported to IU Health Methodist Hospital where he underwent surgery to his pelvic area and thigh.

“After the initial surgery he was heavily sedated. He is in intensive care,” Daly said. “He did wake up last night and communicated with one of the drivers. He communicates in writing. But there is more significant surgery to be had.”

Even with the surgeries and the risk of death, Daly says danger is part of the appeal.

“It’s a savage sport and we all take part in it. But the dangerous part of this sport is why they take part in this sport. Drivers are true gladiators,” said Daly.

A gladiator, who many hope, will race again.

“I would be very confident that he will make a full recovery and he’ll be back racing ASAP,” said Daly.

Daly also says after Hinchcliffe’s crash, officials pulled his son and their teammate’s cars because they realized that whatever broke on Hinchcliffe’s car, could potentially break on the other cars.