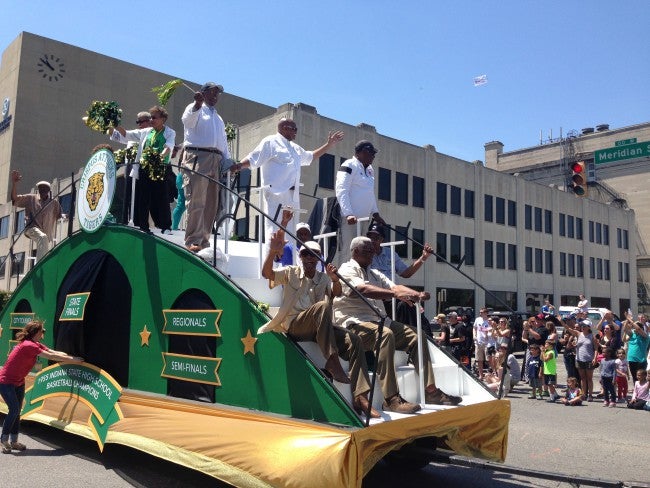 INDIANAPOLIS (WISH) – Thousands of people were downtown on Saturday for the annual IPL 500 Festival Parade.

The event featured bands, balloons and some of the biggest names in the racing industry, as they prepared for the Indy 500 on Sunday.

The Grand Marshall for the parade was the 1955 Crispus Attucks state champion basketball team and the cheerleaders, who were the first all black team to win a state championship.

Willie Merriweather was a member of the team. He said, “It’s been a long time coming. Sixty years ago, we won the state championship and we are being honored and I think it’something great. It’s a great honor to be here.”

Maxine Stantley Coleman was a member of the 1955 Crispus Attuck High School cheerleading team. She said, “I think it’s really awesome for the guys. They deserve it. because sixty years ago they didn’t get their props and they were very important and significant in what they did to open race relations in the city.”