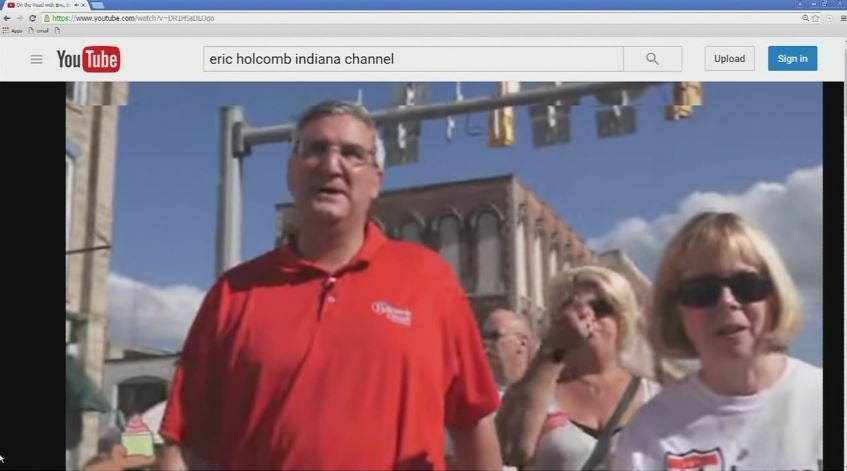 INDIANAPOLIS (WISH) — When Mitch Daniels first ran for governor in 2004, Eric Holcomb worked on his campaign. Now, Holcomb is running for governor and doing his best to copy a Daniels campaign tactic.

Holcomb is now using the same reality format to promote his candidacy, but he’s using an updated distribution system — the internet.

The Holcomb campaign is producing a couple of Facebook videos a week that show him campaigning, working as Lt. governor or just going to lunch.

It is a direct copy of what Daniels did in a series that showed him traveling the state in an RV during his first campaign, and the Holcomb campaign is making no apologies.

“Yeah, so a lot of us got our start with Mitch Daniels 12 years ago,” said campaign manager Mike O’Brien, “and we are not gonna be shy about stealing the best ideas from the 2004 and 2008 Mitch campaigns that were successful.”

One video shows Holcomb touring the Bacon Festival in Delphi. At one point, he says, “Bacon taco, I could go for easily. Tell ya what, bacon’ll put a smile on your face.”

The videos run from three to 17 minutes long. O’Brien says that the internet now supplies a fourth of the information consumed by voters, and the goal is to keep providing fresh material.

There is not much in the way of political messaging in the videos, however. It’s mostly an opportunity to get to know Holcomb better.