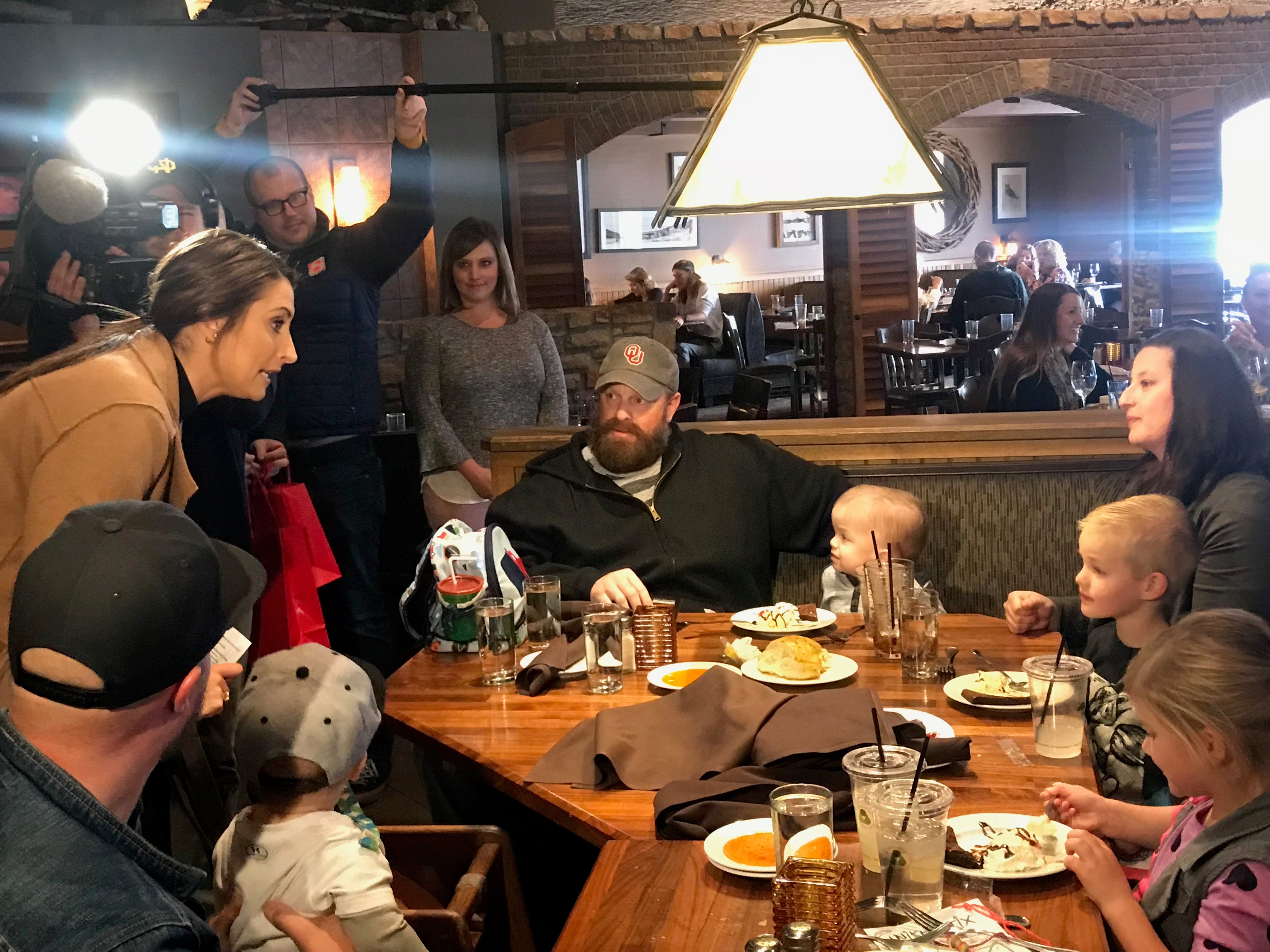 BROWNSBURG, Ind. (WISH) – For the Eggleston family, moving to central Indiana from New Mexico was an opportunity for a fresh start. But what they could never imagine at the time was that the move was setting them up to face the blow of a lifetime.

Henry Eggleston was born January 18, 2015 to parents Kate and Corey, and made Jack a proud big brother. The family was living in New Mexico at the time. Corey was working a dangerous job with long hours. So, when a friend called with a job opportunity at his church, the Egglestons knew it was time to make the move to Central Indiana.

Soon after Henry was born, however, the family started noticing issues.

“He had breathing issues and there were all these quirks about Henry,” said Kate Eggleston, Henry’s mom.

This December, after two years of appointments with various doctors and specialists, the family finally learned what was plaguing little Henry’s body.

A doctor in Cincinnati explained Henry had MPS-1, also known as Hurler’s Syndrome. Henry’s body does not produce an enzyme that breaks down large sugar molecules, so they accumulate and enlarge major organs and cause skeletal issues. The disease has no cure. Life expectancy is early childhood.

“We had never heard of it, so we didn’t know what to expect,” said Corey Eggleston, Henry’s dad. “After doing some research and especially after the diagnosis, usually the lifespan is 8 to 10 years. We never thought about any of that for our kids.”

With an army of support from friends, family, neighbors and their church – the Egglestons began to prep for battle. The family started making regular trips to visit a specialist in Cincinnati for treatment and made plans for chemotherapy and a bone marrow transplant for little Henry.

“When we had children, they’re gifts from God. We just trusted God. It’s beyond my control. I can’t do anything. The doctors can only do so much. So, our faith to believe that God can make something good come out of something so bad is what carried us through the storm” said Kate.

For five months, Cincinnati was home. The transplant was successful and Henry’s body began producing that all-important enzyme. It wasn’t a cure, but it slowed the progression. They’d have to return to Cincinnati once a month and family and friends knew they had to help.

“They were brave through the whole thing,” said Jenna Rose, a family friend. “We just wanted to be there for them, be there to talk and to cry and then to help them get what they need.”

The family needed a new vehicle to help make those trips to Cincinnati easier, so Jenna turned to the WISH Patrol for help. Brooke Martin and the WISH Patrol team surprised the family during lunch at Boulder Creek Dining Company in Brownsburg. Mark and Kathy Harrison with the Ed Martin Auto Group presented them with a brand new car.

“When I heard of the story, we just thought, well, we can get them a better car,” said Mark Harrison, president of the Ed Martin Auto Group.

“When I saw the pictures of this sweet little boy and heard the story and what you were going through, how could we not help?” said Kathy Harrison.

It may be just a car to some but for this family, it’s a battle-ready road warrior. The four wheels will carry a young soldier, fighting for life.

“I can’t even begin to think about losing a child, I just want to refuse to believe that’s going to happen to Henry,” said Kathy Harrison. “A miracle will happen and he will stay on this earth with us and he’s got such amazing people around him, why not, why can’t God perform a miracle for this little boy?”

Is there someone you think is deserving of a WISH Patrol surprise? Nominate them! You can also nominate by sending an email to wishpatrol@wishtv.com or by calling 317-956-8528.

This WISH Patrol was made possible thanks to our generous supporters: