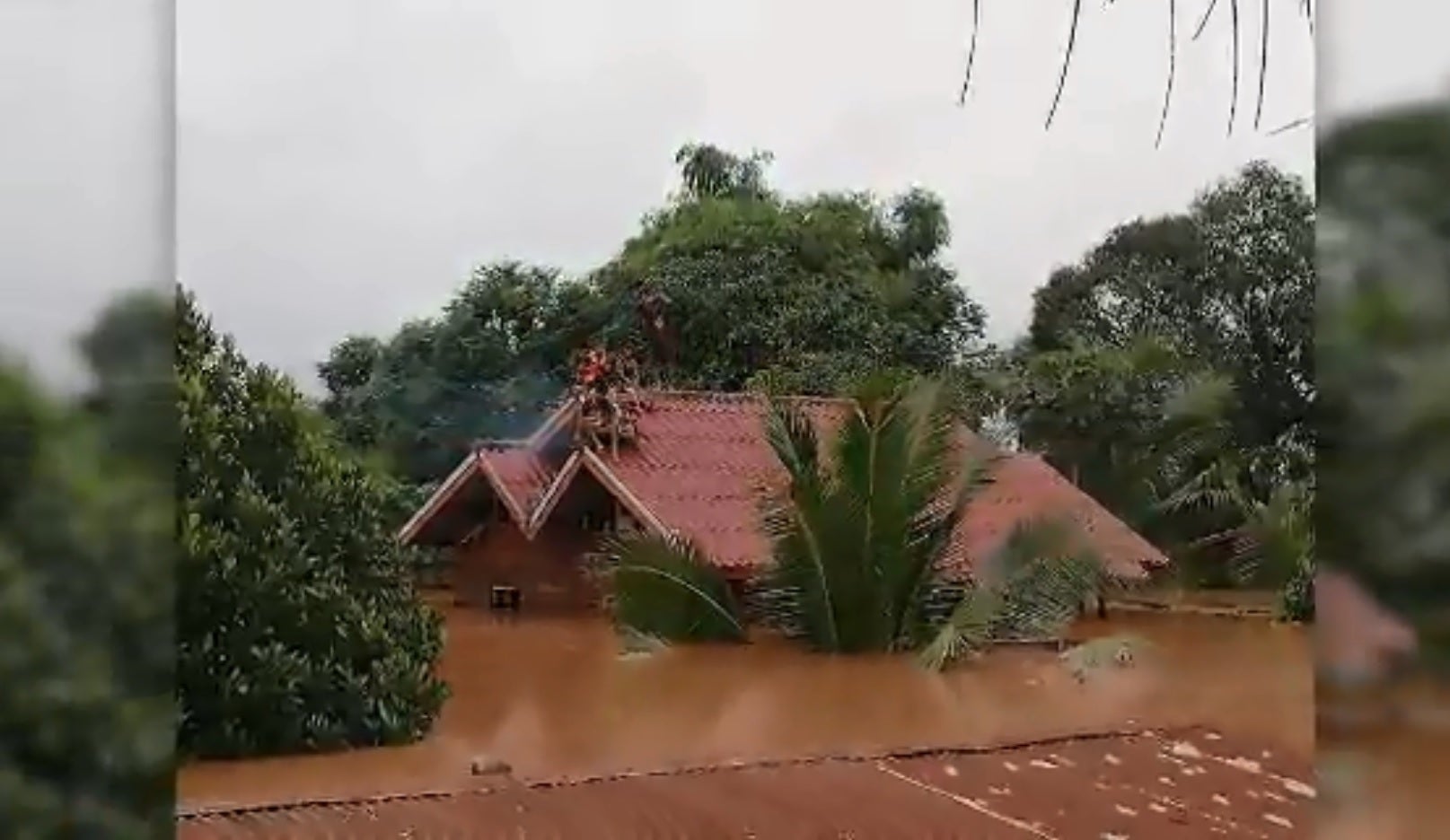 The dam was constructed by a joint venture led by South Korean companies, with Thai and Lao partners. The project, scheduled to begin operating this year, was still under construction, KPL reported. It described the portion that collapsed as a “saddle dam,” which is an auxiliary dam used to hold water beyond what is held by the main dam.

Prime Minister Thongloun Sisoulith “suspended the planned monthly meeting of the government for August and led his Cabinet members and other senior officials to Sanamxay (district) to monitor rescue and relief efforts being made for flood victims,” KPL said. Many areas of Laos have recently been hit by flooding from seasonal rains.

Electricity from several hydroelectric dams provides a large share of Laos’ export earnings, with Thailand being a major buyer.