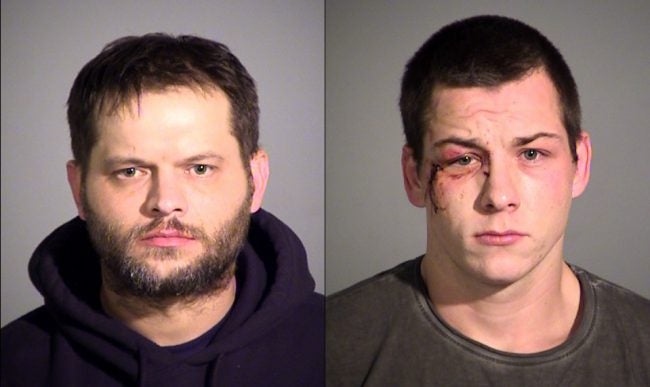 INDIANAPOLIS (WISH) — The Indianapolis Metropolitan Police Department said two men were arrested after breaking into a rental store on the city’s west side.

IMPD responded to a business alarm at Temple Rents in the 3300 block of W. Washington St. just before 4 a.m. Friday. Officers said two men were located and resisted arrest, with one of them giving chase along a creek bed.

Officers said electronics believed to be belonging to the business, including a damaged iPad and a cell phone, were found on the suspects. A sheriff’s deputy badge was also found.