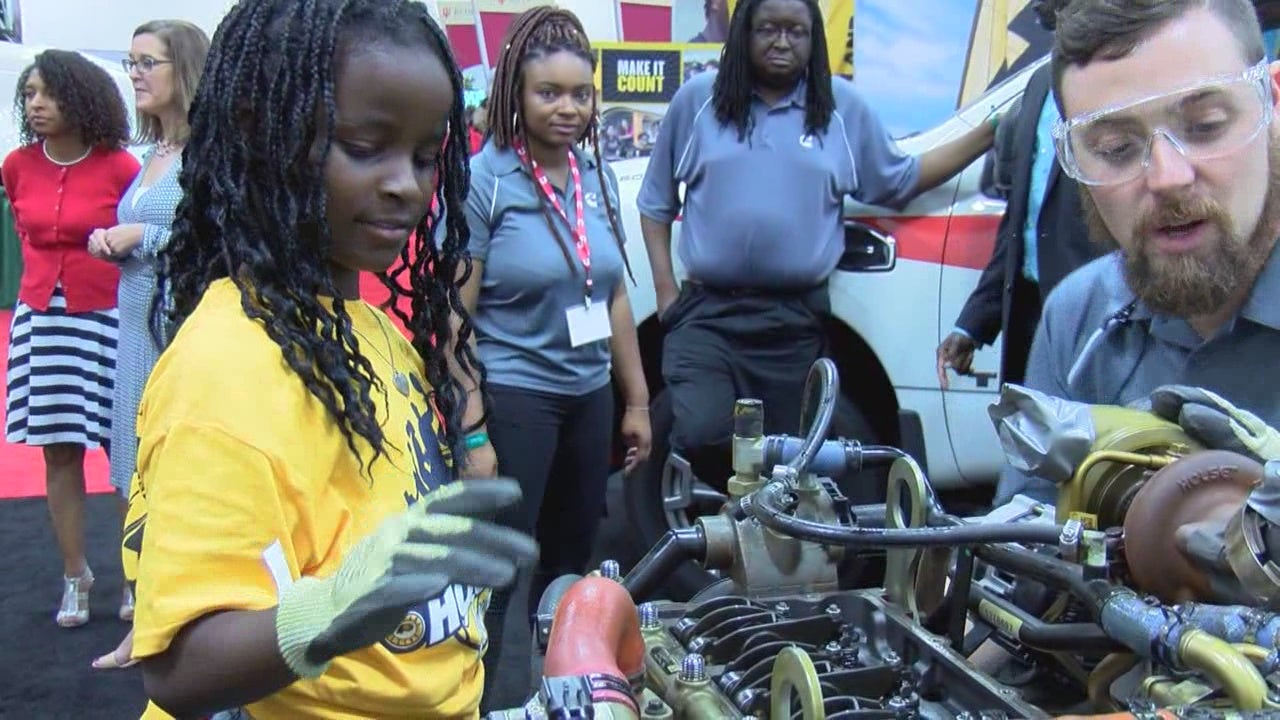 INDIANAPOLIS (WISH) — The Indiana Black Expo is gearing up for its final weekend in 2017, and they started with an event geared towards Indiana youth.

Sharing the exhibit hall space with the vendor show, organizers set up the TechZone on the east side. It features educational and professional vendors from the STEM fields — science, technology, engineering and mathematics.

“The goal is to help students realize how important it is to improve their math scores by doing fun math activities,” said Dushaun Goings, program manager for the minority engineering program at Purdue University.

A quick scan of the room showed the kids are loving it, from playing video games and virtual reality sets, to working alongside professionals to simulate building an engine.

While Indiana students do perform above the national average, still only 50% of fourth graders scored proficient in math in 2015, according to a study by the National Assessment of Educational Progress.

“Math is so important,” said Ken Jones from Cummins. “Math and science are so important really, regardless of career. Whether you’re going to be a librarian or engineer, you still need math.”

Jones and his team put together an engine building simulation for kids and families to experiment with, including hands-on operations on engines, as well as virtual reality assembly.

Other vendors focused on helping adults change their career path. Jaylen Fenderson works for The Iron Yard, a self-described coding boot camp for adults to prepare them to enter the tech industry.

“We take people from little to no experience and in 12 weeks or three months, we turn them into junior web developers,” said Fenderson.

Fenderson said his company is reaching out to visitors at the Indiana Black Expo especially.

“They kind of call Indy the Silicon Valley of the Midwest,” he said. “Mphasis is coming here, Salesforce took over the Chase Tower. It’s really a big industry, and it’s growing rapidly.”

The TechZone is just one event featured at the Indiana Black Expo. For a full list of what’s happening this weekend, click here or check out the calendar of events.