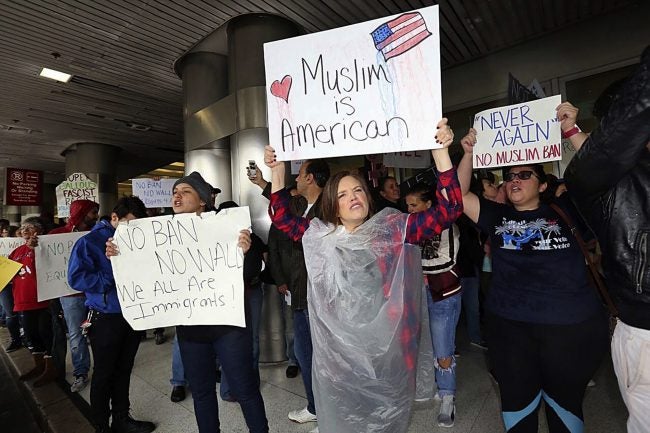 Republican Gov. Eric Holcomb says the country’s highest duty is to protect its citizens and borders. Holcomb says in a statement that he will monitor implementation and the impact of Trump’s order on the state.

He says he hopes for no adverse effects on the welcoming environment for Indiana’s law-abiding international community.