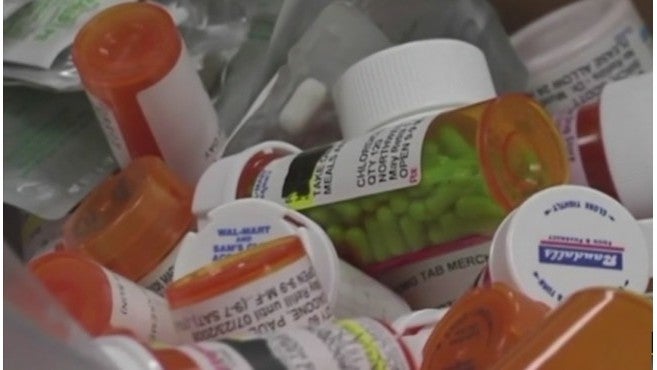 Have you ever heard of a pharmacy desert? You might be living in the middle of one and not even realize it.

In a couple weeks, state law will change to try to combat the issue.

Brenda Stutz depends on prescriptions daily. At the John H. Boner Community Center in Indianapolis, she said her prescriptions are “very important. I have a lot of physical issues.”

It isn’t easy for her to get to her closest pharmacy. “Being that I’m physically handicapped and can’t stand the heat, especially in the summertime, it is very difficult for me to get back and forth to the pharmacy.”

Lonavee Phelps relies on her meds, too. The 82-year-old gets her medicine via home delivery, but her friends count on her to drive them to the pharmacy because it’s too far to walk.

Pharmacy deserts caught Indiana lawmakers’ attention, too. In two weeks, a law goes into effect that urges lawmakers to create a summer study to address pharmacy deserts. The study, some lawmakers hope, will lead to more pharmacies across the state.

State Rep. Karen Engleman is a Republican from Georgetown, a town of 3,200 people about 7 miles northwest of Louisville, Ky. Engleman said, “There are a lot of pharmacy deserts. People on medication a lot of times aren’t able to go a long distance. Some of them can’t drive and they have no way to get their medicine. So, this is a very good bill.”

State Sen. Jean Leising is a Republican from Oldenburg, a town of 650 people about 25 miles northwest of Cincinnati. She said, “I represent a large rural district, so anything we can do to make life simpler for individuals, is always beneficial.”

State Sen. Michael Crider, a Republican from the city of Greenfield, about 7 miles east of Indianapolis, said, “It’s a challenge in some areas as you see businesses move out. In other areas, you see pharmacies right across the street from each other. The goal is to balance that out well.”

The law is good news for Carol Bonner-Mundy, who has lived with blindness for 15 years. She said she believes the summer study will help.