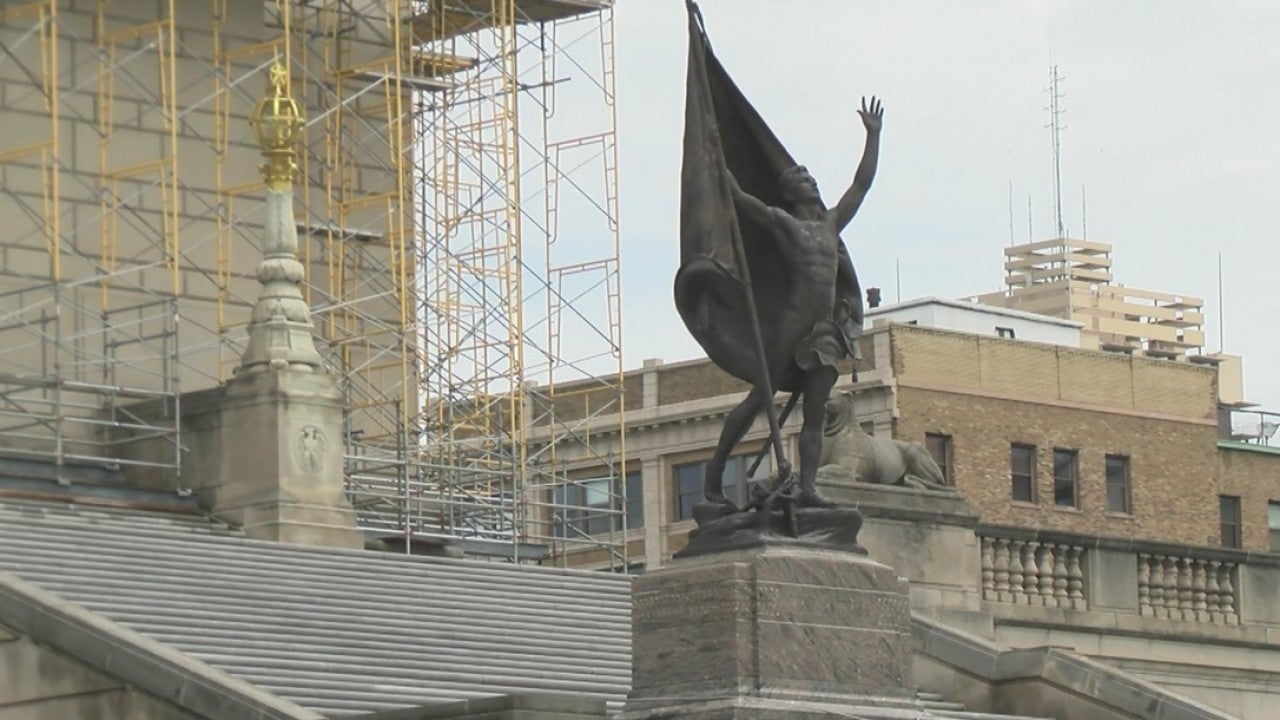 INDIANAPOLIS (WISH) — The completion date for construction on the roof of the Indiana War Memorial in downtown has been set for July 23. It’s been going on nearly 11 months now.

Scaffolding has covered the war memorial for so long, that at this point, some people are wondering if there is more construction than just on the roof.

“We wondered what they were doing,” Marsha Leibacher said. “Because it’s been this way since February and we’ve hardly seen anyone working on it.”

The project was supposed to be finished in April, but after a long winter and a lot of rain, there haven’t been many chances for crews to work.

“For safety precautions and to make sure the work site was good for people that were up there climbing,” Indiana War Memorial Executive Director J. Stewart Goodwin explained. “It’s over 200 feet up there.”

Because it’s so high, records show there has only been maintenance work done on the roof one time before this in the 1970’s.

“The lifespan we got out of it was probably as good as we could expect,” Goodwin said. “But the lightning strikes were a major, major issue.”

Construction will continue through both Memorial Day and Independence Day, and while it’s normally a pretty big spot for the 4th of July, there’s going to be some adjustments this year.

“Unfortunately we just won’t have, sometimes we have private parties and things like that that are on the promenade up around the top, but just the access because it is a construction site, we just have to, we just have to keep people out of that area,” Goodwin said.

The completion date of July 23 isn’t set in stone. All of this is still based on the weather permitting.

“It’s frustrating just like anything else,” Goodwin said. “You know? Weather, if it’s something that depends on, you need some dry time and you don’t need rain, this has not been the time to do that.”

Even while it’s under construction, the Indiana War Memorial staff are encouraging people to look past the outside and go inside this Memorial Day to learn about the Hoosiers the memorial is dedicated to.

WISH-TV along with our radio partners at WIBC are proud sponsors of Freedom Fest at the Indiana War Memorial this Independence Day. WISH-TV staff will be there if you want to celebrate with us, or you can always catch the fireworks live on WISH-TV news at 10 that night.